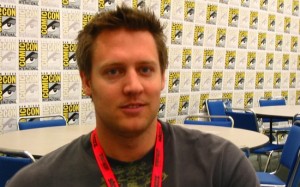 Neil Blomkamp, the director of the upcoming “District 9” created 3 short films to conceptualize his idea of the Microsoft videogame “Halo” on the big screen. Even though Peter Jackson chose Blomkamp to direct the film about three years ago, rumor has it that Steven Spielberg is interested in directing the UBER-popular XBOX game-gone-movie. Nothing is final as of now but Steven Spielberg has some pretty big pull in Hollywood. Maybe the box office numbers that “District 9” pulls in will have some bearing on who directs…

Check out the Halo concept, directed by Neill Blomkamp – Edited into one full video