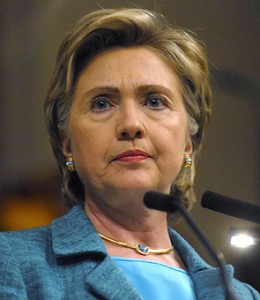 While on her 11 day African tour, Secretary of State Hillary Clinton gave a heated response to a Congolese university student, who was misinterpreted by a translator. If she would have just waited for the translator to ask the student if he was referring to Bill, she would have learned that he actually asked what Obama thought of the Chinese trade deal he asked about. It seems like she lost her cool, maybe because she doesn’t want to live in Bill’s shadow (understandable), but she handled it all wrong.

Hillary went on to say, “My husband is not secretary of state, I am,” in a rude tone of voice. “If you want my opinion I will tell you my opinion.”