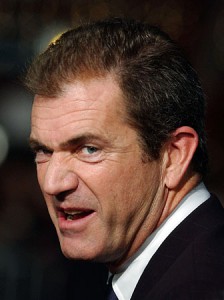 Mel Gibson has become a bit of a joke in the press as of late. It isn’t because we think domestic violence is funny or anything, just that Mel Gibson is entirely crazy. Sure, we’ve been discussing for years now that the man might have a few screws loose, but it wasn’t up until recently that we could conclude this with full certainty.  So, what do you do when a man has hit bottom? Well, you kick him while he is down!

That is why someone cleverly concocted this video which has Mel huffing and puffing his arguments against the cleverly marketed Old Spice Man.  Small Poppy Productions has made a viral video just about everyone can laugh at, even if they do hate Jews, fake boobs,  and just about everything else in the world.

This video is obviously NSFW.