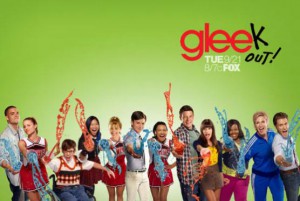 Much can be said about FOX’s hit show Glee. You might mention the fact that it is a critically acclaimed darling, and that it attempts to do something most TV shows never dreamed of.  You might also mention the fact that FOX has found a new revenue stream to support the show with iTunes downloads and CD sales. Although, I don’t think I’ve ever seen a more polarizing show on television. Glee is a television show that you either love or love to hate. It is very likely that the creators of the show realize this, and in the season premiere pursue much of what the fans love.

The season premiere starts like no other episode we’ve seen. We are treated to a video roll which lets us know what happened during the off season, and gives us the climate of the school towards Will Schuster’s Glee Club. As to be expected, after not winning Regionals the kids of the Glee Club are still outcasts at their school, and must face the daunting task of finding fresh blood to invigorate the club. The club must be bigger and badder this year if they want to make it to Nationals in New York, and beat longtime rival, Vocal Adrenaline. Along the way they find two new unique voice, but one finds a rival in Rachel, and the other is scared about the stigma that comes with being in Glee Club.

Let’s dive into the most interesting part of the show, the music! (Which there was lots of last night luckily!)

Jay-Z’s – Empire State of Mind – With Nationals being held in New York this year, the Glee club tried to do a little recruiting with Jay-Z’s bombastic “Empire State of Mind”. The song couldn’t stop me from tapping my toe, but it didn’t result in a lot of fanfare for the kids in Glee Club. Although, they get an A for effort!

Lady GaGa – Telephone – GLEEks will be happy to have more GaGa back on the airwaves. This time aided by new addition to the show, Sunshine Corazon (Charice), who in this number shows that her vocal talents are more than a match for the diva Rachel Berry. The best moment of the song comes from Sue Sylvester who not-so-politely tells the girls to “Shut up!” A+

Travie McCoy ft. Bruno Mars – Billionaire – Newcomer Sam (Chord Overstreet) shows he has a powerful voice to match his, as Puck tells us, “big mouth”.  It looks like we might have a new vocal talent on the male side of things. As much as I like Finn’s character, his voice is easily outshined by the females on the show, and Sam looks like he might be able to keep up. I gotta admit, Artie does a decent job of rapping, it makes me cringe way less than some of the other white males on the show. Although, he might have lost his crown as the best male voice on the show with this song. A

Dreamgirls – Listen – Sunshine gives a performance worthy of a standing ovation. Who knew a voice that big could come from someone so little? I’m not real familiar with the song, but it was hard not to be impressed. A+

A Chorus Line – What I Did For Love – Rachel’s final performance of the night shows why she is often redeemed as a character. No matter how annoying she gets, it is hard not to emotionally connect with her when she is singing. Songs like this are why Lea Michele is going to be an Emmy threat for the next few years. A

Much of the new spotlight goes to the new characters who sing on the show, but I would be remiss to not mention Dot-Marie Jones’ new female head football coach, Coach Beiste (pronounced Beast), who replaces Ken Tanaka this year as head coach. It is easy to not like Beiste at first, but Jones gives the tough female a soft core in some moments in the last half of the show which cause Will Schuster to take notice of his and Sue Sylvester’s bullying. It’s a great addition, and it should be nice to see Coach Sue put up with another strong female.

Overall, this is probably one of the best episodes of Glee ever. It featured plenty of musical performances. Although, I read that this season they are going to be focusing more on the emotional aspect of the show rather than the music, so I was told to expect less performances. I’m hoping this was thought through a bit more, because the music is what drives most people to keep watching.

Get ready for next week, which is the long anticipated Britney Spears episode.