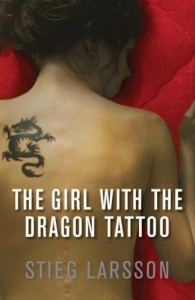 I’m not going to lie.  I had know idea that Trent Reznor was the frontman for the Nine Inch Nails.  Actually, the only Nine Inch Nails song that I have actually listened to is the one featured in the first trailer for 300.  Just not my type of music.  But I definitely recognize Reznor’s name from his film work.  I absolutely loved the score for The Social Network which was done by Reznor and Atticus Ross.

Apparently, Fincher loved working with him because the two have decided to reunite for Fincher’s upcoming adaptation of the novel The Girl with the Dragon Tattoo.  I can only imagine what Reznor will come up with, but I am sure that it will be perfect for the dark and haunting story that hits theaters December 21, 2011.

Will this film be as good or better than the original?  Let us know what you think in the comments below.