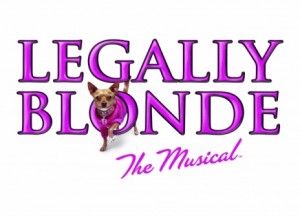 Sorority star Elle Woods doesn’t take “no” for an answer. So when her boyfriend dumps her for someone more “serious,” Elle puts down the credit card, hits the books, and sets out to go where no Delta Nu has gone before: Harvard Law. Along the way, Elle proves that being true to yourself never goes out of style.

In its first year on Broadway, LEGALLY BLONDE THE MUSICAL earned seven 2007 Tony Award nominations, ten 2007 Drama Desk Award Nominations, a 2007 Outer Critics Circle Award and the chorus of the musical was honored by Actors’ Equity Association’s Advisory Committee on Chorus Affairs (ACCA) with the first ever ACCA Award. The musical also ranked in the top ten list of the most requested Ticketmaster “Arts & Theatre Events” for 2007. LEGALLY BLONDE THE MUSICAL received three 2009 Touring Broadway Awards in New York City on May 4, 2009. The show won awards for Best New Musical, Best Production Design and Best Choreography of a Touring Production. The Awards, presented by The Broadway League, honor excellence in Touring Broadway. It is the only such national award. 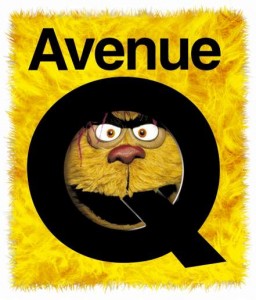 AVENUE Q tells the story of Princeton, a bright-eyed college grad who moves to NYC with big dreams and a tiny bank account. The only apartment he can afford is way out on Avenue Q, where everyone’s looking for the same things he is: a decent job, a stable relationship, and a “purpose.” Eventually, Princeton learns to embrace the ups and downs of city life and realizes that “the real world” isn’t so bad, after all! The New York Times hailed AVENUE Q as “a breakthrough musical of a very different stripe. Savvy, sassy and delicious!” and Entertainment Weekly claimed it was “one of the funniest shows you’re ever likely to see!”

You can also visit the website for The Fabulous Fox Theatre.