Based on the 1992 box office hit which grossed over $230 million worldwide, Sister Act brings the character made famous by Whoopi Goldberg to the stage of the Fabulous Fox Theatre in St. Louis from November 19 to December 1. 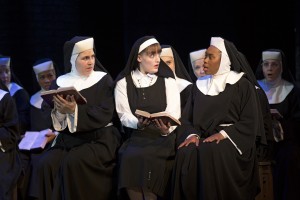 Deloris Van Cartier (TA’REA CAMPBELL) is an undiscovered diva with the dream to hit it big, as she auditions to sing in the nightclub of gangster Curtis Jackson (MELVIN ABSTON). After being rejected on Christmas Eve, she decides that she doesn’t need Curtis or his club to become famous. On her way out she witnesses the murder of an accused informant at the club-owner’s hands, sending her running into police custody for protection. With the help of officer Souther (CHESTER GREGORY), an old high school friend known as “Sweaty Eddie,” she takes refuge at a convent run by Mother Superior (HOLLIS RESNIK). There she tries to blend in amongst the sisters, meanwhile transforming a church on the brink of closure into a fabulous musical destination.

Sister Act is packed full of fantastic songs, which is no surprise with the talent of and Academy Award-winning composer Alan Menken (Beauty and the Beast, The Little Mermaid, Aladdin) responsible for the music. Rarely do you find a new musical full of not-yet-famous numbers that have you captivated, one after the next. Yet in this case, the show is overflowing with catchy numbers. The lyrics by Glenn Slater are wonderfully written, telling the story while keeping things lively and entertaining throughout.

The book, written by Cheri and Bill Steinkellner, is well written and packed full of smart and witty jokes.  The subject matter doesn’t necessarily make fun of the catholic church, in my opinion, but cleverly crafts its humor around the subject matter and rituals. Knowing that the show is a comedy, you need to go into it with an open mind and not be easily offended. Much of the show is “laugh out loud” funny, and is consistently entertaining from beginning to end. 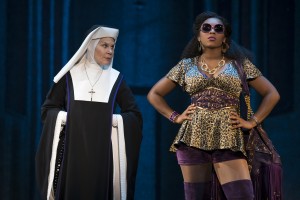 Ta’rea Campbell is excellent in the lead role. Her demeanor and attitude perfectly match the character’s “fabulous” persona, and she has the voice to back up the claims. She certainly has no problem holding a note, and is vibrant and charismatic in the fish-out-of-water role. She does a fantastic job as the character goes from wanting to leave at the first chance, to becoming more comfortable with her temporary home and sisters.  The talented actress has starred as Nala in The Lion King on Broadway, in addition to parts in the original cast of Leap of Faith and The Book of Mormon.

Hollis Resnik was wonderful as the stoic Mother Superior, who does her best to run the church without her new guest getting in the way. She never breaks character as she interacts with Deloris, introduced to her fellow nuns as Sister Mary Clarence. Their chemistry together is out of this world, making any time shared on-stage between the two a real delight. All of the nuns do an amazing job in the show.

Melvin Abston is hilarious in a dark and sinister way, as the gangster Curtis Jackson who sings about what he is going to do to Deloris in “When I Find My Baby.” He does a great job as the antagonist, playing a character that’s fun to hate. Chester Gregory plays the cop that is trying to take him down, while dealing with the feelings he has had for Deloris since school. Gregory has a fantastic voice, and really shows his range in “I Could Be That Guy.” That number is a really fun dream sequence, and the actor hits it out of the park.

Often times it is hard to live up to one’s source material, when a show tries to climb out from under the shadow of its ultra-successful predecessor. But in the case of Sister Act, the story and characters translate so well from the screen to the stage that it’s a wonder why it took them so long to make it happen. The cast and creatives have done a marvelous job of shaping this clever musical, bursting at the seams with memorable lines and catchy music. It’s hard not to catch yourself with a smile on your face at any given point throughout the show.

SISTER ACT plays the Fabulous Fox Theatre in St. Louis from November 19 to December 1, 2013! Performances are Tuesday through Saturday at 8pm, Thursday, Nov. 21 at 1pm, Saturday at 2pm, Sunday at 1pm and 6:30pm (no performance on Thurs. Nov. 28). Tickets are $25 to $80, and the running time is 2 hours and 26 minutes with 1 intermission. Purchase tickets at Metrotix, or visit the Fabulous Fox website for more details. 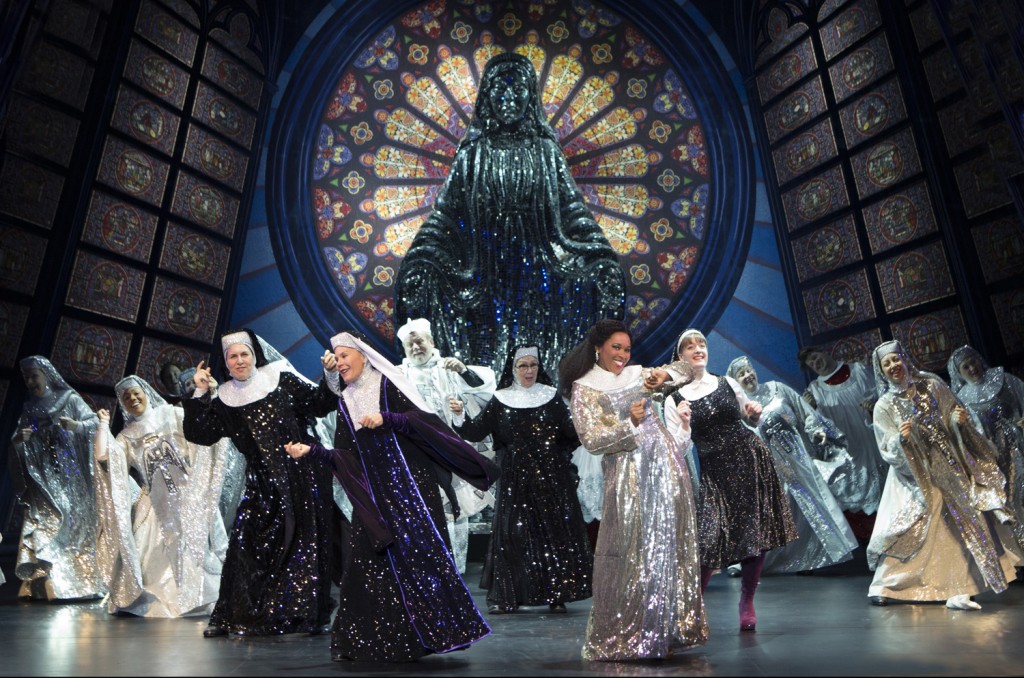