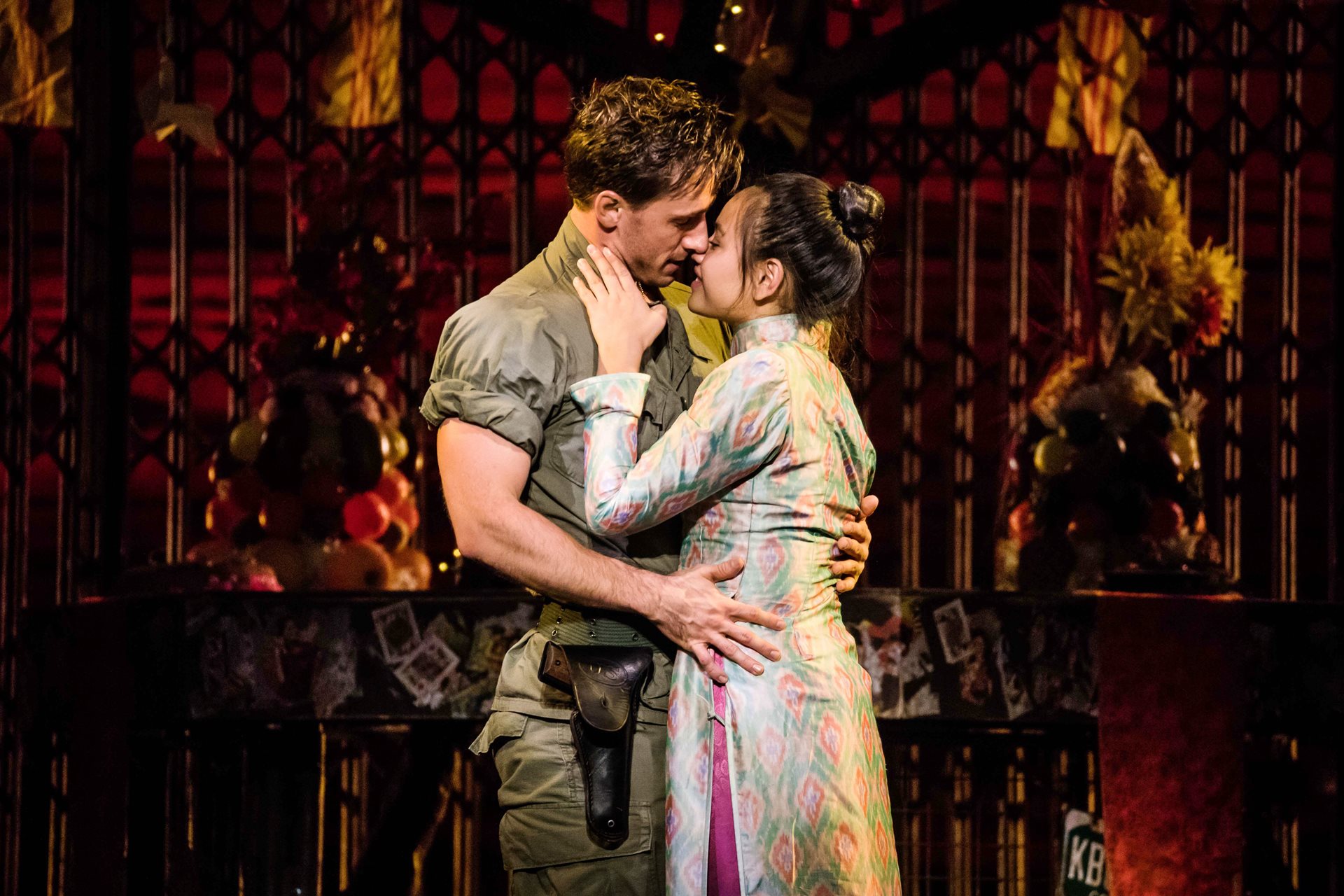 Miss Saigon debuted in London in 1989, opening on Broadway two years later. It is an adaptation of Puccini’s opera Madame Butterfly (1898), moving from Japan to Saigon during the Vietnam War. It was the second hit from Claude-Michel Schönberg and Alain Boublil after Les Misérables. The show features music by Schönberg, and lyrics by Boublil and Richard Maltby, Jr.

The story opens in 1975 at a bar run by The Engineer (Red Concepción) called Dreamland. He offers a young girl named Kim (Emily Bautista) a job, mostly interested in her youth for his brothel. There she meets the rest of the girls during the opening number (“Backstage Dreamland”), followed by the incredible, show-stopping song “The Heat is On in Saigon.” Dreamland is home to many Marines, including John (J. Daughtry) who buys a night with Kim for his friend Chris (Anthony Festa). But that night turns into much more, and the two plan to be married. But the ongoing war separates the two of them, making it unclear whether or not they will ever be together.

I was blown away by this production from the opening number. The sets are magnificent, transporting the audience to Saigon amidst its fall in 1975. The elaborate structures on either side of the stage, surrounding a versatile and highly detailed centerpiece for Dreamland, do a fantastic job of enveloping you in the story. 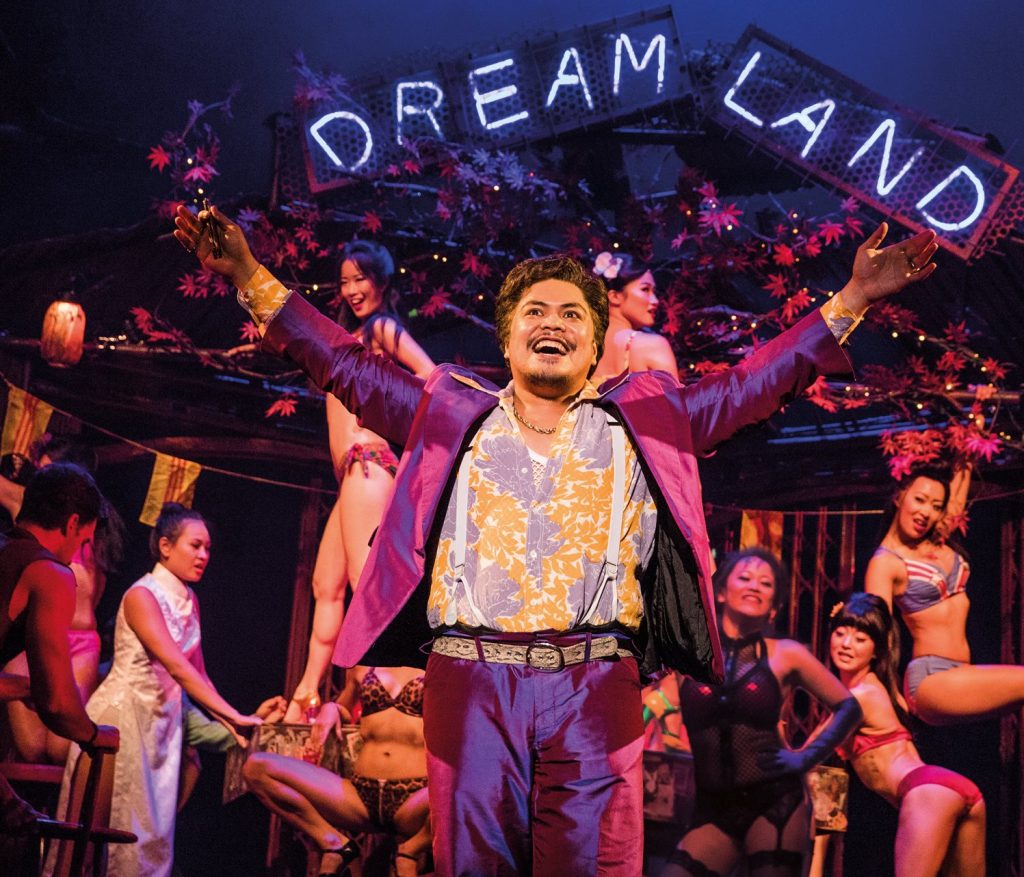 There is no shortage of talent when it comes to the performers in this show. The moment Concepción hits the stage as The Engineer, I knew we were in for a treat. I have seen and heard other recordings of Miss Saigon in the past, and this is by far my favorite portrayal of the character. Concepción is delightfully evil and unlikable in the role, yet also perfectly provides the levity necessary to get us through this tragic story.

Both Bautista and Festa have dreamlike voices, as well as beautiful romantic chemistry together. After Gigi (Christine Bunuan) has her powerful moment in “The Movie in My Mind,” Festa comes in and shines with her part – which is just one of many beautifully tragic performances. After Kim and Chris spend the night together, Festa sings “Why, God, Why?” in a gut-wrenching and truthful rendition.  Although this is almost a love-at-first-sight romance, you believe in the power of love between these two characters, and that they really care for one another. Which makes their eventual separation that much more impactful. 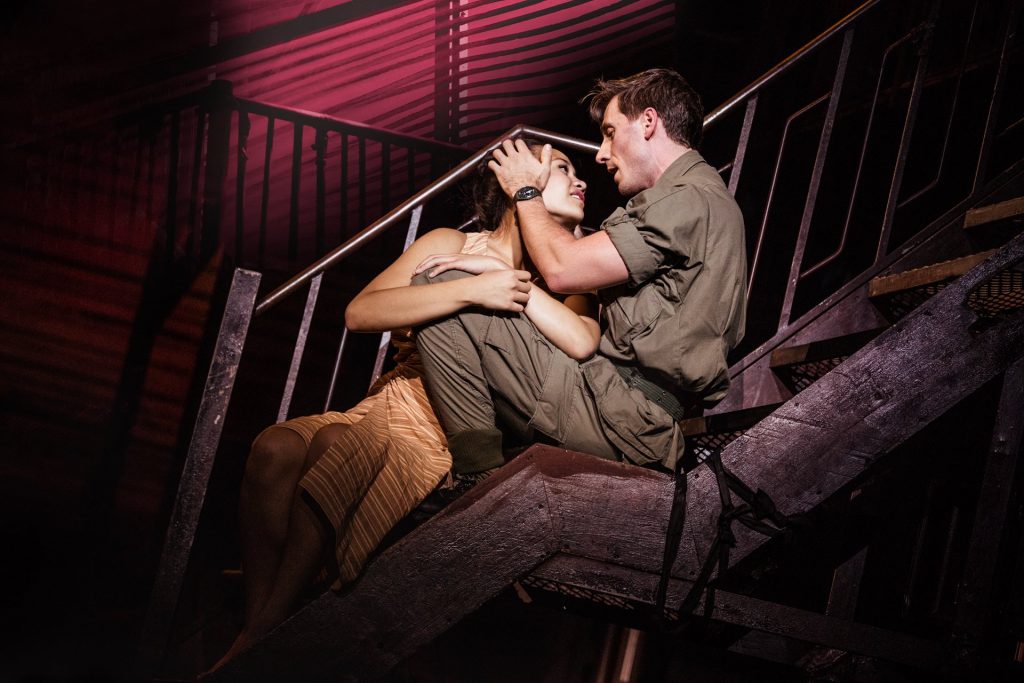 Jinwoo Jung plays Thuy, a man from Kim’s village to whom she has been betrothed. Of course, after meeting Chris, plans change and she wants to marry for love. Thuy is similar to the character of Javert from Les Mis, except he is playing a game of cat and mouse with Kim. After the fall of Saigon, Thuy becomes a high-ranking official in the military and an even worse threat to Chris and Kim’s love. Jung is terrifyingly good in the role, playing a force to be reckoned with.

J. Daughtry does a great job as John, especially in the second act where his character is given more to do. He has a beautiful voice, and gives a powerful and heartbreaking performance as he helps his friend and many others deal with the aftermath of the Vietnam War.

There is an enthralling scene after the Fall of Saigon, during “The Morning of the Dragon” where the show’s huge ensemble performs during a street parade to celebrate Reunification Day. Everything from the backdrop and costumes, to the size and scope of the choreography, is beyond impressive. Three of the dancers perform in front during a display of strength and physical prowess, and it was fascinating to watch. 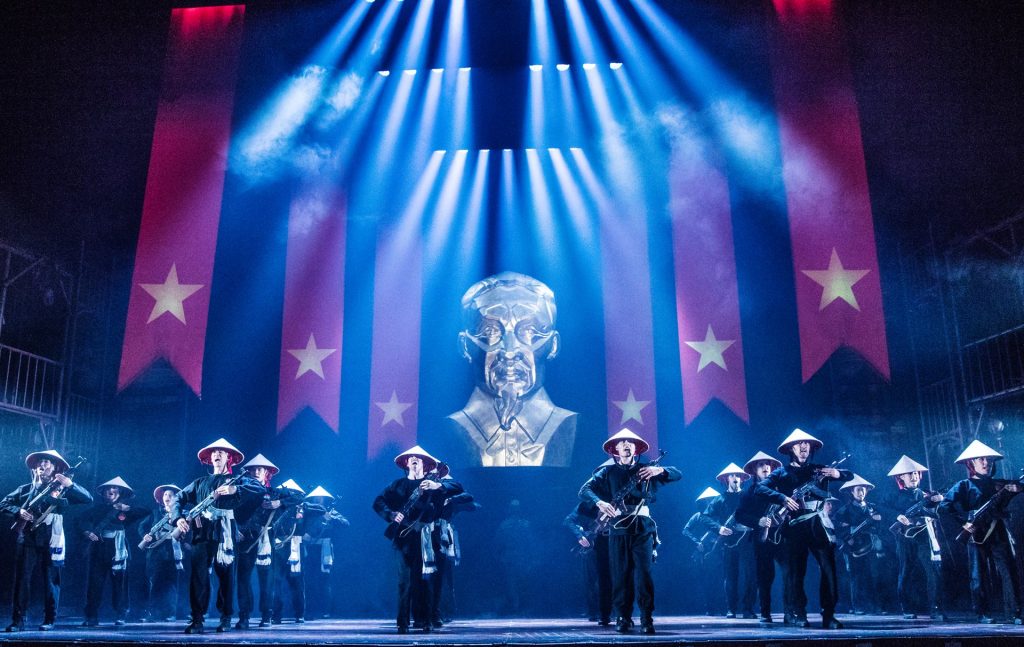 The music is gorgeous and haunting at the same time throughout much of the show. Les Mis is one of my favorite musicals of all time, so it should come as no surprise that I’m also a fan of Schönberg and Boublil’s other work. And much like Les Mis, much of the dialogue is sung versus spoken. It’s a beautiful form of storytelling which pays tribute to the opera the show is based on, and is very effective in emotionally connecting us with these characters.

Miss Saigon is a beautiful yet tragic love story, told through wonderful songs and brilliant performances. It is an eye-opening reminder of the casualties of war, which does not always mean death. But it is also a celebration of love, and the human spirit, and what can come from both. Just be ready to bring your box of tissues as you celebrate.

Miss Saigon is playing now through May 5 at The Fabulous Fox Theatre in St.Louis Tickets are available through MetroTix. For more information, visit fabulousfox.com or the official tour site at miss-saigon.com. 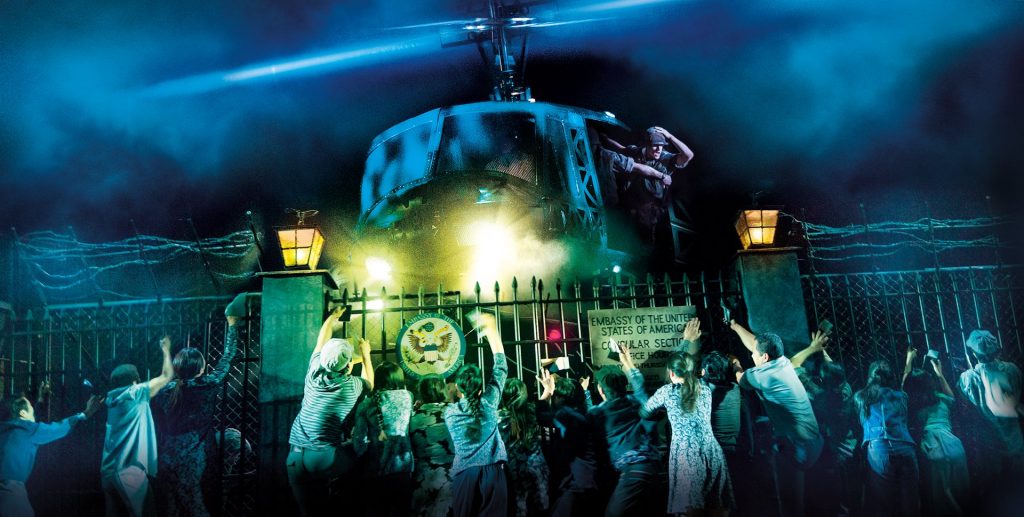