The Top 10 Alien Movies In Honor of “Cowboys & Aliens”

This week is a buzz with Aliens. It has seen the release of Jon Favreau’s new film Cowboys and Aliens, as well as the season 3 premiere of the History Channel series Ancient Aliens.  In the next few months we will see  a string of several upcoming films about aliens and alien invasions, most notably Apollo 18, the second remake of The Thing, and the U.S. release of the British sleeper hit Attack the Block. So to kick off this “Season of Spacemen”, here are your:

*To keep the list manageable all of these films involve aliens on Earth…so no Star Wars or Avatar or Alien or any of that good stuff.

While visually spectacular and moving to some degree, War of the Worlds just doesn’t work as well as the other movies on this list. Glaring plot holes and a cheesy ending keep War of the Worlds from being great, however as a film from Steven Spielberg (who has the most films on this list at 3) it is undeniable that deserves some recognition.

9. Signs
Another film that suffers from blatant oversights, (the aliens never realized their one weakness was the most abundant substance on Earth?) Signs works extremely well on a number of other levels. Before M. Night Shyamalan turned to crap, he was able to induce genuine fear and anxiety with his filmmaking…now he only elicits those emotions when his movies are announced.

8. Cloverfield
While some may dismiss Cloverfield as a gimmicky sci-fi ripoff of The Blair Witch Project, others would say that it is an extremely polished, well-thought-out ripoff of The Blair Witch Project. Much like Blair Witch, viewers will tend to either buy it or not. If you don’t get motion sickness and are able to buy into the concept, you’ll find that Cloverfield actually takes much of its time to develop character and story. The action and suspense are top notch and the Handycam style of shooting only add to authenticity of this film.

6. Independence Day
As one of the best examples of modern, big-budget action movies, Independence Day shows us what we want to see…American bad-asses kicking the crap out of evil aliens. Independence Day has enough one-liners, witty retorts and crazy plot turns to make even Michael Bay blush, but at the end of the day it is a remarkable fun and entertaining film. 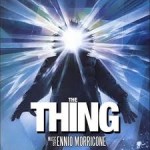 5. The Thing (1982)
The Thing straddles the line between sci-fi and horror in a way that only John Carpenter could achieve. The level of dedication to story development and scare-building is practically unparalleled. Carpenter weaves a sense of claustrophobia and paranoia into every scene. For anyone disappointed that Alien wasn’t on the list, The Thing shares many of the same great features.

4. The Day The Earth Stood Still (1951)
Unfortunately, we cannot say the remake of this film is as good as the remakes of The Thing or Invasion of the Body Snatchers. However even Keannu Reeve’s version does get brownie points for being visually mesmerizing and The Day the Earth Stood Still is one of the few alien movies that has a really positive message behind it. For a 60 year old, black and white movie, this film has an enormous power to hold one’s attention. Treat yourself and pay some attention to this old friend. -Klaatu Barada Nikto

3. E.T.: The Extra-Terrestrial
As the second Spielberg film to find itself on this list, E.T. serves as the quintessential feel good, family friendly movie…about an alien. Countless childhoods have been shaped by this cultural phenomenon and the Reese’s company is still enjoying its success. It’s a classic.

2. District 9
District 9 is a movie that still hasn’t gotten the wide-spread recognition that it deserves. Released in 2009, District 9 tells the allegorical story of an alien civilization who, after crash landing on Earth are forced to live in concentration camp-like ghettos. The palpable realism and flawless pace of the film keep the viewers eyes glued to the screen the entire time. When so few films bring anything new to the table these days, District 9 brings a smörgåsbord. 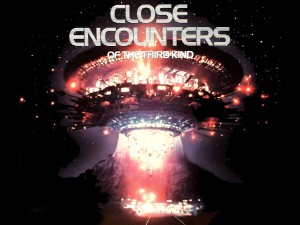 1. Close Encounters of the Third Kind
Much like District 9, Close Encounters is a film that doesn’t let up from start to finish. Richard Dreyfuss’s performance is able to convey such a sense of empathy, that even while his wife and children are leaving him, the viewer still wants to see him continue his quest. Close Encounters is as much of a character study as it is another movie about aliens and even as great as these characters are, they still manage to be overshadowed by the iconic images and sounds that this film has created…you’ll never look at a pile of mashed potatoes the same way again.
-What’s your favorite alien movie? Let us know in the comments section below.
Facebook Comments Box