We’ve grown accustomed to relatively attractive prices for these miniature computers we call smartphones. Flagship devices such as the iPhone 5 and Galaxy S III can be had for under $200, or at least it seems. The reason we can obtain a portable computer with a constant mobile data connection for so little money is because the carriers (AT&T, Verizon, Sprint, etc) subsidize or cover the true cost of these phones by charging exorbitant amounts of money for our wireless plans. The unsubsidized cost of the popular iPhone 5 starts at $699. The Galaxy S III costs almost $600. So in essence we are taking a $400-$500 discount up front in exchange to be locked into a 2 year contract.

This past week, T-Mobile announced that it would do away with all subsidies and all contract pricing. As the forth place carrier in a four way race, T-Mobile has decided to take drastic action to survive amongst AT&T, Verizon and Sprint. T-Mobile will now offer month to month plans such as its “Unlimited Web & Text with 100 Minutes Talk” for $30/mo.

Perhaps you’ve seen the new T-Mobile ads that slyly state you can get Samsung’s Galaxy S III for $99 “down”. T-Mobile has realized people may not feel comfortable paying $600 up front, so they’re instituting installment plans. After $99 down, T-Mobile will charge users about $20/month extra for that Galaxy S III or the iPhone when T-Mobile gets it next year. While it isn’t any cheaper than buying the phone upfront, it isn’t any more expensive either and it allows customers to take advantage of the cheaper monthly Value Plan. 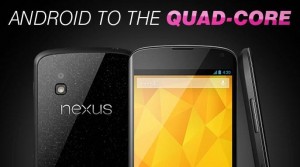 However, for those that might balk at the idea of paying $600-$700 in installments or not, consider what Google is doing. Google recently released the Nexus 4, an Android smartphone that is primarily being sold outside of any conventional channels. For $299, there are no contracts and no carrier restrictions. As long as has the physical technology to run on a given network, it will work. Some have speculated that Microsoft may follow in Google or Amazon’s footsteps. Google’s Nexus line of products and Amazon’s Kindles are sold at or near cost with the expectation that they will recoup that lost profit through app and media sales. Currently Microsoft finds itself struggling against a lackluster Windows 8 launch and poor Surface sales. If it wants to get users into their ecosystem, it seems that subsidizing their own phones may be a way to get Windows Phone 8 devices into users’ hands.

What do you think? Is T-Mobile’s drastic move wise? Should Microsoft subsidize their own phones?

Let us know in the comments section below.