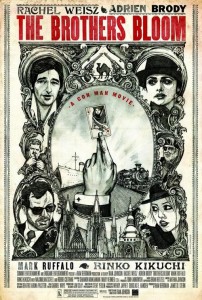 I saw this movie last October and I stand by my opinion from then, and infact, I liked it even more the second time around.

Rian Johnson is back with another solid entry in his sophomore debut, which is full of humor, style, and great work by everyone involved, all mixed with a story that really makes you care about the characters and their plot they are involved in.

Stephen (Mark Ruffalo) and Bloom (Adrien Brody) have been con men for most of their lives, moving from foster family to foster family, never fitting in, but Stephen is always able to find the story to earn them a little something wherever they are. While Stephen is the brains, Bloom is the hook, and he has lived his life as someone else, written by someone else, and is coming to the grips that he has never been himself or made any real connection with anyone on his own. When Bloom quits, again, Stephen tracks him down and promises him that this will be the last con, and he (Bloom) can live his life as his own forever. So Stephen, Bloom, and Bang Bang (Rinko Kikuchi), their ‘explosive’ third man, set off to New Jersey to set up their new mark, Penelope (Rachel Weisz).

The film is told from the perspective of the brothers, mostly Bloom, and so we are in on the con from the get go. They lay everything out for the viewer and the film isn’t really meant to try and trick you into thinking something is something it is not; well most of the time. And that is what keeps this con film fresh and different, in that it’s not trying to twist and turn and surprise you every ten minutes. It just is a catalyst for these great, fun, and unique characters to go on this adventure and let us the viewer enjoy and revel in the experience.

Rian Johnson brings his visual style and flair to the film that poured out of his first film, Brick, and he paints some beautiful pictures for us with his shots as the film takes us all around the world. His script is expertly paced, full of a great range of humor, and never lets you go as you follow the brothers through every twist in turn in their adventure. Johnson does a fantastic job of creating a fantastic and fully realized world for his actors to live in, and it allows the actors to further excel in their roles here. 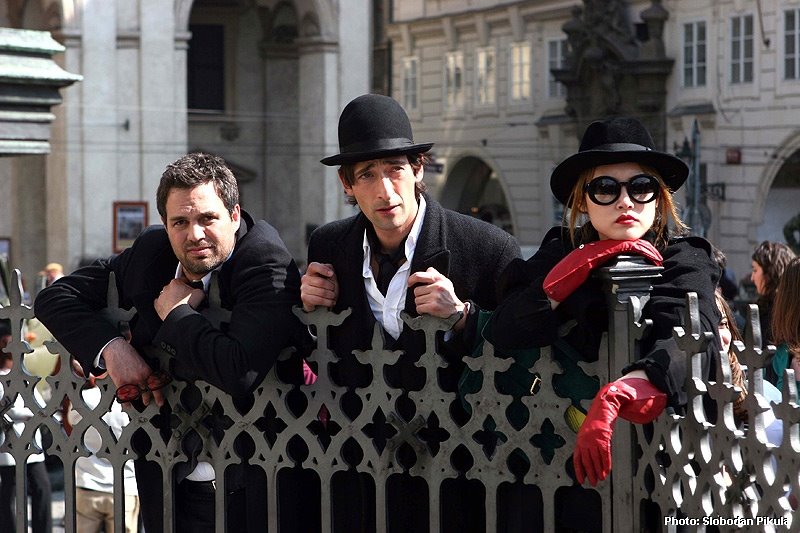 Adrien Brody is the main focus on the film as we follow him on his emotional struggles as he begins to blur the line between him and Penelope. As the film slowly blurs between reality and con towards the climax, Brody perfectly captures that emotion in Bloom as we follow his emotions, not knowing what to believe by the end; just great work. Rachel Weisz also does a fantastic job at creating an adorable, lovable, weird, and unique character in Penelope who is a rich shut in that is finally given a chance to finally see the world. Her character is just endlessly fun and quirky and she will have you smiling at just how cute, sweet, and funny she is. Ruffalo as Stephen keeps a veil of mystery around him, but keeps our trust while slowly gaining caution towards him for an interesting blend of emotions surrounding him. Though when Stephen lays out his plans, we believe Ruffalo in that he has everything figured out, always a few steps ahead. Rinko Kikuchi deserves plenty of credit as well for creating such a funny and endearing character in Bang Bang when she utters no more than 5 words in the film outside a song number she karaoke’s. She sells so much through her face and eyes it is amazing, though she is practiced at this since she has already been nominated for an Oscar for her work as a deaf/mute in Babel. Also of note, Robbie Coltrane does a fine job as a silly supporting character that pops up in the middle of the film, nice to see him as someone besides Haggard.

In the end, The Brothers Bloom is a fabulously fun con movie full of fun, interesting, and layered characters. Rian Johnson is quickly proving himself that he is a force to be reckoned with, and between this and Brick, he is building quite the resume. If you don’t know who this guy is, it is only a matter of time I imagine, and I can easily recommend this fun and fantastic movie that does the rare task today of a film in keeping us interested from start to finish.

This is picture makes it two A‘s for Rian Johnson.