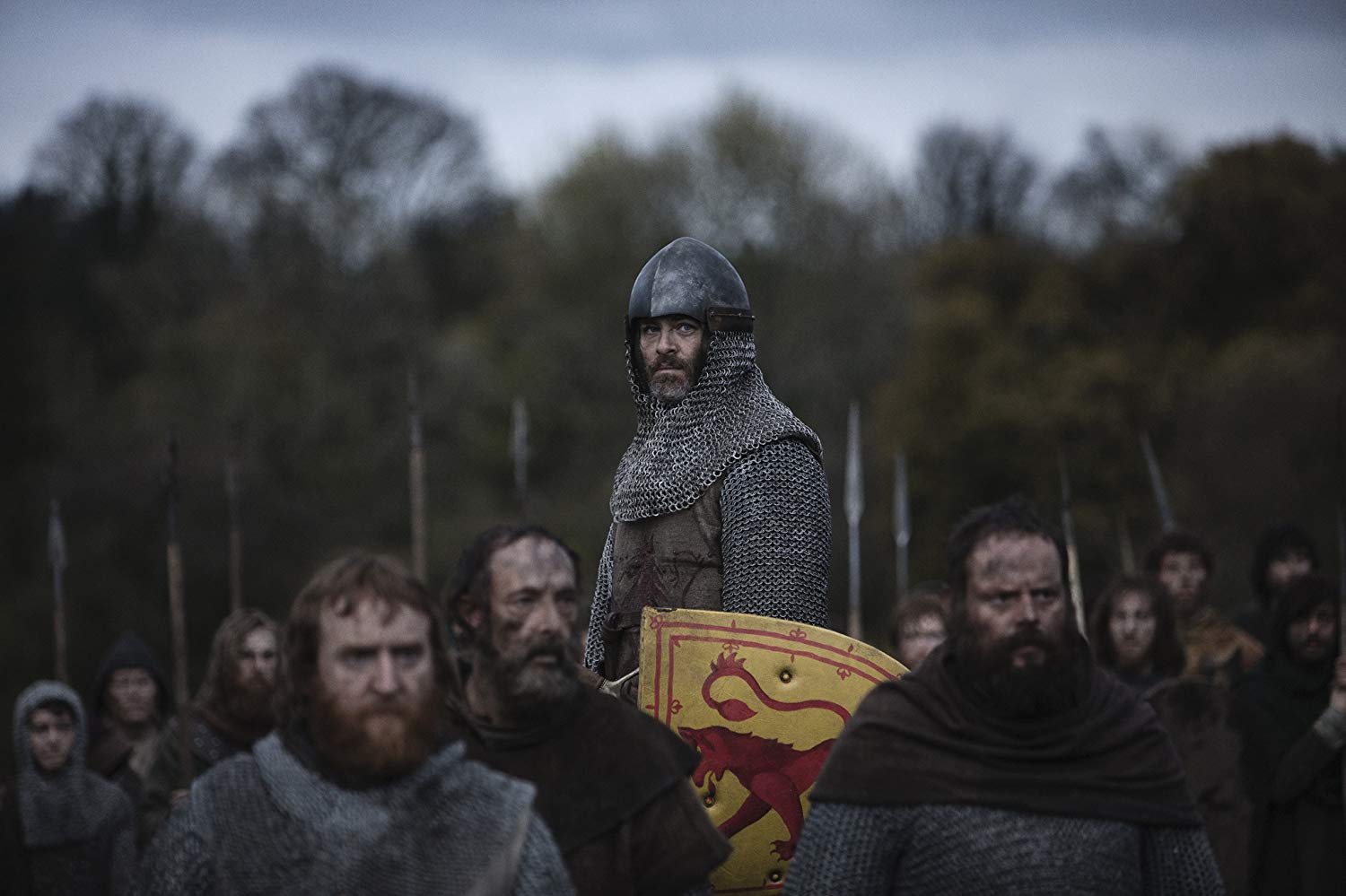 Outlaw King is a Netflix produced film directed by David MacKenzie (Hell or High Water) and stars Chris Pine as Robert the Bruce, a Scottish nobleman turned outlaw who rallies to acquire the Scottish crown and lead his people to victory over the reigning King Edward I of England (Stephen Dillane). In large part, I […]

Summer blockbuster season kicks off in full blockbusteriness as Avengers: Age of Ultron finally hits the big screen. Robert Downey Jr., Chris Hemsworth, Scarlett Johansson, et al. return to avenge Ultron. Or avenge something Ultron did. Or age him, maybe? Like a fine wine or Kentucky bourbon. I don’t know. But we can promise you […]

‏AVENGERS: AGE OF ULTRON Opens May 1! Enter to Win Passes to the St. Louis Advance Screening!

This week, for the first time ever, we venture outside of the bunker to broadcast from an undisclosed location. We are Kevin-less so we were temporarily barred from the Brackett Compound. But that didn’t stop us from taking on Godzilla. We also have a special guest as Thom West runs the board (and even speaks […]

GODZILLA opens May 16! Enter to Win Passes to the St. Louis Advance Screening!

Enter for your chance to receive a pair of passes to a special advance screening! An epic rebirth to Toho’s iconic Godzilla, this spectacular adventure, from Warner Bros. Pictures and Legendary Pictures, pits the world’s most famous monster against malevolent creatures who, bolstered by humanity’s scientific arrogance, threaten our very existence. Gareth Edwards directs “Godzilla,” […]

I’ll be honest, when I first heard about the original Kick-Ass, I had no idea it was a part of a comic book series; I just thought it looked like a hilarious take on the superhero craze. Thankfully, the movie turned out to be a fun movie, and enough people agreed that a sequel was greenlit. […]

Enter to win a pass for two! Kick-Ass, Hit Girl and Red Mist return for the follow-up to 2010’s irreverent global hit: Kick-Ass 2. After Kick-Ass’ (Aaron Taylor-Johnson) insane bravery inspires a new wave of self-made masked crusaders, led by the badass Colonel Stars and Stripes (Jim Carrey), our hero joins them on patrol. When […]

The foul-mouth superhero action flick is back. The original Kick-Ass drew a lot of ire in the press for the depiction of Hit Girl, which had young and cute actress, Chloë Grace Moretz, spew all kinds of vile words, all while killing bad guys in a most entertaining fashion. Something tells me those people won’t […]