I’m still getting used to typing a name as stupid as SyFy. I didn’t think when you had such a literal name that it would be that hard for people for forget how to spell it. I’d like to know how well this gimmick worked out for them. As far as I can recall I have only watched one SyFy series regularly up until now, the remake of Battlestar Galactica.  With how bad NBC Universal seems to be doing lately, they need another cable syndication hit like that. Luckily Stephen King is basically his own brand, and they’ll get a decent size audience based on his name. The unfortunate thing is that more often that not, King’s stories are butchered when they get to screen.  Things have started looking up lately, but you still don’t know what you might get. Add in SyFy’s original programming’s shoddy history, and this could spell another disaster for SyFy and NBC Universal. 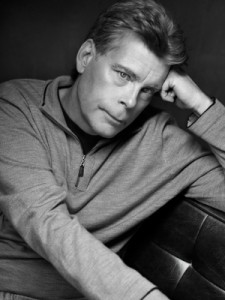 Syfy has signed on to pick up 13 episodes of “Haven,” a thriller based on Stephen King’s novella “The Colorado Kid.”

“Haven” reps the first project to be produced for Syfy outlets around the globe (except Canada and Scandinavia).

Universal had secured the exclusive pay TV rights across the globe, except for the U.S., Canada and Scandinavia. Now, Universal Networks Intl. domestic sibling Syfy adds a U.S. outlet as well.

E1 is the studio producing and distributing “Haven.”

“Haven” centers on a spooky town in Maine where cursed folk live normal lives in exile. When those curses start returning, FBI agent Audrey Parker is brought in to keep those supernatural forces at bay — while trying to unravel the mysteries of Haven.

Scott Shepherd is the showrunner and will exec produce with Lloyd Segan and Shawn Piller. Shepherd, Segan and Piller were all exec producers on “The Dead Zone,” which ran for six seasons and went off the air in 2008.

Sam Ernst and Jim Dunn are writing the pilot and will also serve as exec producers. E1’s Morayniss and Noreen Halpern are exec producers as well.

Morayniss pointed out that E1 helped orchestrate the first-ever partnership between Syfy in the U.S. and its international pay channels. Company is still shopping other international rights to “Haven.”

Hmm, showrunners from another King adapted project, Dead Zone? Things are looking up already. Dead Zone wasn’t the greatest bit of television, but it was often compelling enough to not change the channel. It also gave us the opportunity to see that geeks can grow up into real people, ala Anthony Michael Hall. It sure gave me hope.

Only question I want to know, if we are going to continue adapting King stories, how about a good adaptation of The Dark Tower or The Stand while were at it?