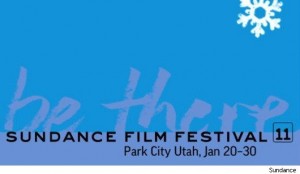 Once in a while, a filmmaker comes along that has a beautiful vision.  But once in a longer while comes along not only a beautiful film, but also a wonderful director who has a simplistic view.  Uncluttered with the usual Hollywood plasticity, Zach Godshall is a poised, yet friendly man who exudes such a peace that you have to wonder how he does it.  He is not new to Sundance.  His other film “Low and Behold not only screened at Sundance, but also at the Saint Louis International Film Fest.  I got the chance to sit and chat with Zach at the Sundance Channel Headquarters and discuss his new film “Lord Byron”.

The film is so intrinsic, yet with such an open message.  It is the story of Byron, a very romantic and free spiritual being.  An older man, who loves completely, he has come to a moment in his life where he feels he must make a change.  But what changes to make?  Newcomer Paul Batiste portrays Byron in such an old world yet new soul way that you cannot help fall in love with him.  His lovers come and go, he lives with his ex and her new partner…each layer of the story compels you to wait for the next.  When I asked Zach what he felt the underlying message of his film is, he replied,” It is a film of people pursuing their passions”.  And that is exactly what you walk away with.

Zach and his co-producer Ross Brupbacher put the script together in less than a week and did casting calls locally in Lafayette, Louisiana.  They literally only had a story and coaxed it into life as they cast the characters.   It really pays off with the diverse characters they were able to assemble.  The film comes off like a well-orchestrated thought.  What really stands out to me is after getting a chance to see the film; I remembered that Zach had explained they did no fundraising or campaigning.  He called it his “organic process of discovery”.  They did everything themselves, and for once, it does not show on the screen.  Instead the film flows and you cannot help walking away with a feeling of rediscovery for yourself.