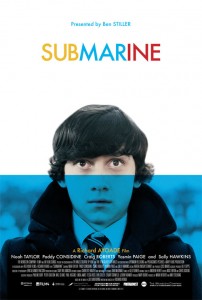 Writer/director Richard Ayoade adapts author Joe Dunthorne’s acerbic coming-of-age novel to the big screen with this comedy centered on the efforts of precocious Welsh 15-year-old Oliver Tate (Craig Roberts) to lose his virginity before his next birthday, and prevent his mother (Sally Hawkins) from having an affair with a smooth-talking spiritual guru (Paddy Considine) after his morose father (Noah Taylor) loses will to fight for his marriage.