That seems to be the sentiment going around St. Louis this weekend after the draft. After everyone was set abuzz with the first overall selection of Sam Bradford, St. Louis seemed excited about football for the first time in years.

The rest of the draft, however, was simply… 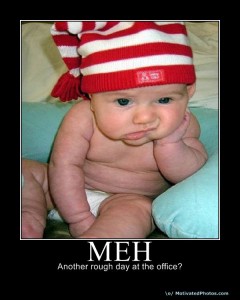 Obviously my clairvoyant skills have been perpetually thinned by my low-grade alcoholism. The Rams neither traded down the second-round pick nor drafted a wide receiver in it, instead taking Roger Saffold, a tackle from Indiana. This could actually be the most prudent pick in the draft, as Saffold was considered a potential first-rounder, and he should eventually take over the right tackle position for the Rams.

The one other pick I loved was WR Mardy Gilyard. Although he was knocked for his overall speed, Gilyard had an absolutely boss season with Cincy and could be a versatile playmaker. He’ll most likely start off at fourth or fifth in the depth charts, with Laurent Robinson, Donnie Avery, and Brandon Gibson ahead of him. But if he can pick up the offense quickly, look for him to be in the starting lineup by mid-season.

Now, on to the Cardinals

I’ll admit, when the Cardinals first signed Brad Penny to a one-year, $7.5 million deal, I was a bit skeptical. Penny hasn’t really been considered top-of-the-rotation material for a couple years, and they’re paying him more than they’re paying Adam Wainwright.

But ever since Penny started throwing a splitter, his results have been absolutely dominant. Four starts, three wins, an ERA of 0.94. Yesterday, Penny pitched into the eighth and helped the Cardinals snap out of their first losing streak of 2010.

With the fast start the Cardinals’ pitching has gotten off to, it’s easy to overlook the anemic production levels of the Cardinals hitting. The Cardinals rank 10th in the NL in batting average (.246), 12th in runs (78), and 12th in OBP (.322). They are still, however, second in the league in home runs, with 24.

Obviously, the Cardinals are all of three weeks into the season, so it’s hardly time to start panicking. But the fact remains that thus far, none of the Cardinals are producing at levels they’re capable of. Even Pujols seems to be scuffling at the plate a bit more this year, with 14 strikeouts already through 18 games.

Still, the Cardinals are 2.5 games out in front in the Central (currently no other team even has a winning record), the pitching has been excellent, and the defense is ranked third in the league. Give the Cardinals enough time, and I get the feeling the offense will come around.

Tonight, the Braves come into town with their superstud prospect, Jason Heyward. Kyle Lohse takes the mound in hopes of signing a new boyband record deal.

Completely unrelated note, saw Kick-Ass last night. It was pretty awesome. The action was pretty good, and the script was clever and funny enough to keep your attention. So if you haven’t seen it yet, by all means do so.