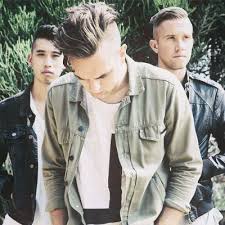 Los Angeles pop-rock band. Sir Sly will play the Duck Room at Blueberry Hill on Saturday, July 22. The three-piece band is known for atmospheric and moody electronic-tinged pop music. Formed in 2012, Sir Sly feature vocalist Landon Jacobs along with Jason Suwito and Hayden Coplen. In 2014, they released their debut full-length album, You Haunt Me, featuring the singles “Ghost” and “Gold.” They spent the next year touring and working on new material. A stand-alone track, “Expectations,” followed in 2016. In 2017, Sir Sly delivered the single “High” and embarked on a summer tour. Tickets are still available by going to Ticketmaster.com.