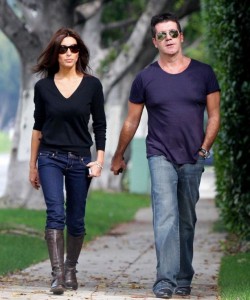 He’s been denying it for a while, but it was confirmed over the weekend that Simon Cowell is engaged to Mezhgan Hussainy. The two have not settled on a wedding date just yet, while Cowell gets together a pre-nuptiual agreement to protect his $200 million dollar fortune.

Cowell met Hussainy, who is the head make up artist on American Idol, while on set a couple years ago, and the two have been dating since. He has been denying rumors of an engagement for a while now, including as late as last week. Apparently, he decided it couldn’t stay a secret forever and let the news slip.

Well, congrats to the two. I’m sure he could have landed her without all that money…..