Season of the Witch– Review by the Raven 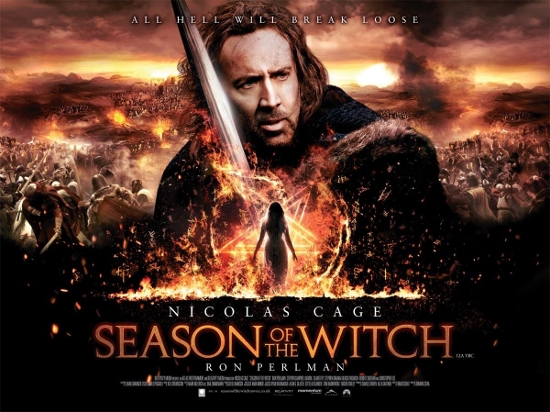 It must be the year to re-do stories with the Holy Crusades as their background.  This story centers around two fellow crusaders who for years have been fighting the good fight for the Church, only to become disillusioned and decide they have had enough of killing of innocents.  The two desert and head for home, only to be captured and asked to perform a mission for the Church; to bring a witch to trial.  And you would think that’s a lot to do all in one film, but it could be good right? 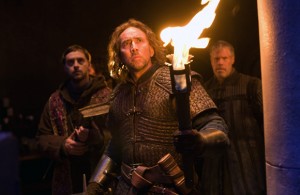 Unfortunately for the viewers, the answer is no.  Nicolas Cage and Ron Perlman play the two lead Crusaders, and actually the start of the movie seems well paced.  The two have a decent on-screen chemistry and they seemed like wizened old battleaxes together.  But them you throw in a “plague across the land” (which I assume was the black plague during these times) and find out every one seems to be blaming it on this young girl.  Oh, and they have decided she’s a witch so she needs to hang and etc.  The plot gets downright boring here.  Not even Perlman’s acerbic wit can save it.  The CGI is a bit over the top and just not very believable in many places.

Director Dominic Sena usually puts on a good show and has directed Cage before so you would think that Cage would be much more loose and almost resigned in the character.  He ends up almost channeling William Shatner in his predictable way.  And it is almost predictable, which makes you just squirm in your seat looking for the exits.  Too bad.  I think the movie could have done better if they kept up the banter between Cage and Perlman, and let them have a better, more SEQUEL-ish ending.  As one of my fellow movie goers said, “This wasn’t even a guilty pleasure”.