It may seem kind of silly but Olympic Bronze Medalist Scotty Lago is volunteering to leave Vancouver early after TMZ published “risque” pictures of him from a party last night. I put risque in quotes because the pictures really aren’t that bad. I would also think that you could forgive someone for doing something a little stupid after they’ve won a bronze Olympic medal.

Lago, who was awarded his bronze medal in the halfpipe last night was at a party, wearing a Team USA T-shirt when somebody snapped a photo of a woman kneeling below Lago’s waist to kiss his medal. That picture, and another showing him sticking the medal in the woman’s mouth while teammate Greg Bretz looks on, appeared Friday on the TMZ Web site.

Here are the pictures in question. Pretty lame if you ask me. Let us know what you think in the comments or at MyReviewSTL.com 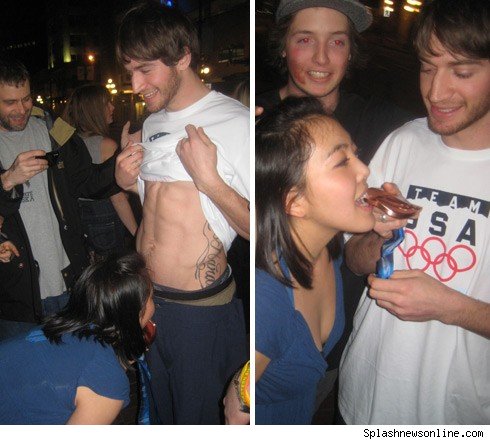