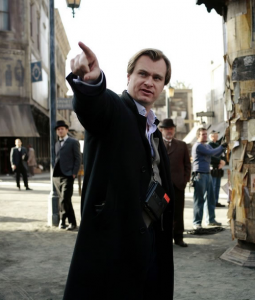 It’s being widely reported around the internet that DC is giving Christopher Nolan full reign over the DC films. After the success of the Dark Knight trilogy, why wouldn’t they? Marvel is taking a similar approach with Joss Whedon and the Marvel universe. Give authority to one creator who can create a complete vision, while others work on independent projects that fit into that person’s vision.

This news comes hot on the heels of news from last month that the Justice League film has been scrapped due to a poor quality script. Latino Review has the scoop that Christopher Nolan is overseeing the DC Universe on film, and that Christian Bale will be returning as Batman in a Justice League film? It sounds great, but Nolan has said many times that after Man of Steel he isn’t touching superhero films ever again. It is likely that WB offered him enough money that he will be retracting that statement, but it’s hard to believe.

Here are the rumors Latino Review is reporting:

They make some pretty good points, but it’s hard to believe because Nolan has been so adamant about not doing anymore superhero films.  WB is a step behind Marvel with superhero flicks, and will want to even the score a bit soon. It isn’t too hard to believe they will pay a ridiculous sum of money to get both Nolan and Bale back in the works. Focusing a Justice League movie around the two most established superheroes of all time seems like a good win for WB, but they’ll have to feature other characters prominently to gain real traction.

It’s hard to tell how legit this rumor is, as Latino Review has a good track record with DC scoops. It’s plausible, but it’s something DC would have to move on right away to make work. Bale isn’t getting any younger, and he’ll be hard to continue a franchise around. It’s vital to build up some of the other characters to make it a worthwhile investment.

What do you think? Is this a good idea for WB? Let us know in the comments.