Ridley Scott’s Robin Hood adaptation will hopefully be epic in scope and be the finest live action adaptation yet.  Russell Crowe is set to play the title character and Cate Blanchett will play the Maid Marian but who will join as the Merry Men?

First up is Keamy from Lost, Kevin Durand, as he will play Little John.  Durand seems to be breaking out as of late and you can find him as The Blob in X-Men Origins: Wolverine this May.

Next is Scott Grimes who will play Will Scarlet, and he will best be recognized from his work on Band of Brothers as Malarkey and currently residing on ER.

Lastly is musician, Alan Doyle, from Great Big Sea who will play a traveling minstrel.

Color me intrigued and excited for this one, I am a huge fan of Ridley Scott and lets hope this one fires on the same level as his best stuff.

Get the full write up here at the Hollywood Reporter. 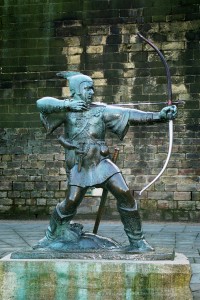