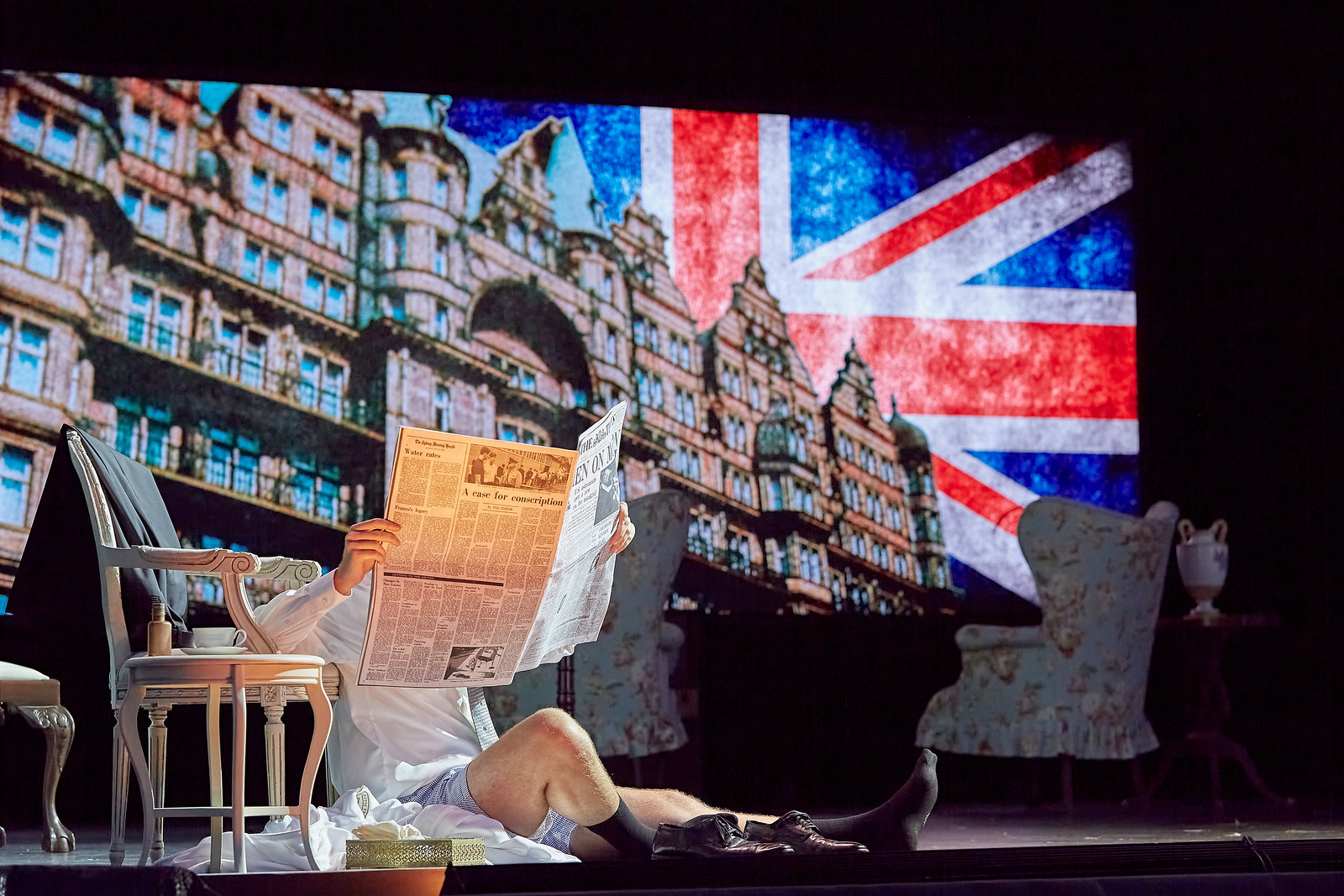 At a time when many companies are coming out of the pandemic, Opera Theatre of St. Louis is turning on the lights. While the last year has been challenging for opera, theater groups and arts organizations, it also has sparked a creative resourcefulness that has resulted in powerful new works.

OTSL’s New Works, Bold Voices Lab exemplifies how, as a medium, opera can weather storms and speak to its times. Surviving wars, famines, dysfunctional relationships, petty squabbles, rival clashes, and now, pandemics, it remains an artform that speaks to people and gives them comfort in uncertain times.

This brings us to Opera Theatre’s 2021 Outdoor Festival season, where a time of evolution, adaptability and tenacity have emboldened the organization to continue productions. Instead of fretting, OTSL rolled up its sleeves and got to work on writing, producing and presenting bold new works.

Presented as an anthology of short operas, OTSL’s role as an incubator and innovator features three works written over the last year while the world was on lockdown. Collectively, these works represent the organization’s commitment to providing a platform for new writers, performers and composers to have their voices heard.

Set in April, May, and June of 2020, On the Edge could not be more relevant. The setting: homes where parents are frazzled, tech-savvy kids work overtime to fray parental nerves and elders try to keep up with a rapidly changing world of chaos. As the kids’ Zoom classes continue and the families become increasingly frustrated by lockdown, they begin to notice the world around them in different ways. Eventually, the tragic events of the summer unfold, transforming the doldrums of being stuck at home into a powerful examination about racial equality and social justice.

Filled with moments of laughter, love and loss, creators Laura Karpman, Taura Stinson and their cast give audiences a glimpse into a world of tumult that was previously unknown to many before the pandemic. Capturing the claustrophobia, anxiety and uncertainty of the last year, On the Edge is a profoundly succinct work of cultural observation.

Moving from regular families dealing with a pandemic to an iconic Royal family with its own challenges, Moon Tea is a gripping piece that plays fast and loose with historical events of 1969 as the Apollo 11 astronauts encounter Queen Elizabeth and Prince Phillip.

Invited to Buckingham Palace for tea following their return to Earth, the astronauts are fish out of water. Unfamiliar with protocol and eager to be on their way, their tea time is uneasy and filled with awkward moments. While a head cold makes Neil Armstrong somewhat disengaged, Captain Michael Collins provides the five-scene opera with some profound moments of humanity as he knocks things over, swears and generally does his best to avoid screwing things up.

As the tension brews, the cast reaches for the stars. Monica Dewey shines brightly as Queen Elizabeth and Michael Day is superb as Michael Collins. Steven Mackey’s exquisite score perfectly counterbalances Rinde Eckert’s libretto, allowing them to peel away the layers of history and give audiences an opera that adresses themes of celebrity, individuality, and importance of breaking class barriers. Perfectly concise and well-paced, Moon Tea presents a unique perspective on the angst of the rich and famous.

Returning once more to issues of race and civil liberties, the final installment in the Lab is Karen Chilton’s distressing The Tongue and the Lash. An unabashedly emotional work, it centers on the 1965 debate between author James Baldwin and conservative writer William F. Buckley Jr. at Cambridge University.

the two icons engage in an all-out slobber knocker that pulls no punches in using this historical event as a template for examining the cultural divides of today. Fueling the rhetoric are incredible performances from Markel Reed and Johnathan Johnson as Baldwin and Buckley. Their verbal jousts amplify the tenor and tone of the debate, as Buckley’s antagonism ratchets Baldwin’s frustration and anger over Buckley’s unwillingness to demonstrate a shred of compassion for the plight of African Americans.

As for their audience, they are left exhausted, mentally drained and psychologically desperate for a dialogue that does not involves two men talking over each other. Hoping that confrontation leads to change, they fervently desire a resolution that they can put in their pocket and pull out in the present day. One that will help them understand the importance of respecting one another without coming to blows.

Provocative and resolute, Opera Theatre of St. Louis’ New Works, Bold Voices Lab features a core group of fearless artists defiantly hurling themselves headlong into the decisive and divisive issues of today. Fortunately, each of these premiered works hits their mark in delivering moving reminders that the medium can be an incubator for change that instills a sense of reflection and action in their audiences.

Performances of the New Works, Bold Voices Lab are held outside, on the parking lot of Webster University, near the Loretto-Hilton Center. For tickets, showtimes, and more information visit http://www.opera-stl.org.