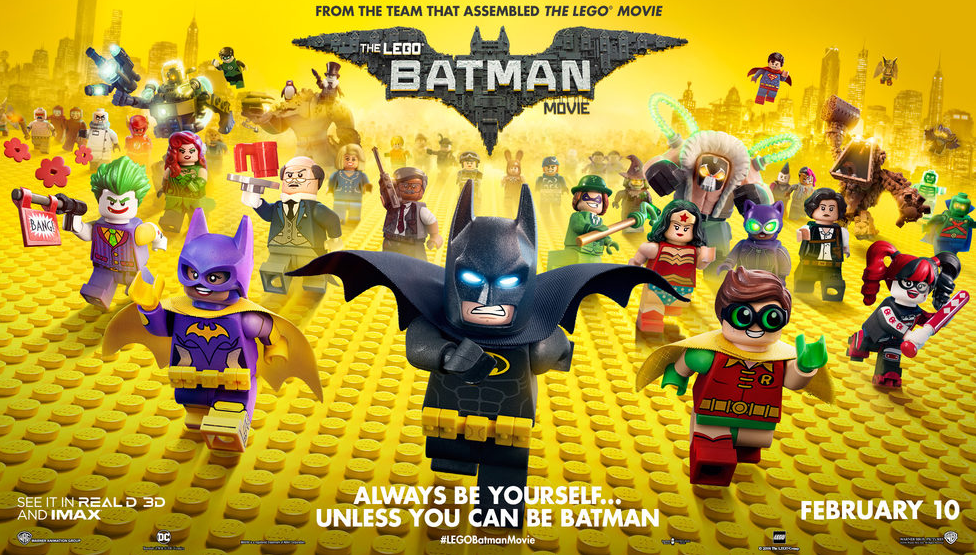 In February of 2014, the first full-length feature LEGO movie took the world by storm. The film made an incredible $469 million worldwide on a budget of only $60 million. The film solidified two absolutes. One, the directors of the film (Chris Miller and Phil Lord) were not one hit wonders with their brilliant adaptation of Cloudy With a Chance of Meatballs. And two, more smart and witty LEGO movies are what the people want. And there is no better character to feature for the next outing than Batman – the hero we all deserve. 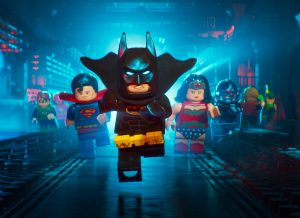 Although he was only a side character in The LEGO Movie, Will Arnett’s Batman was unmistakably one of the funniest parts of the entire film. And that is saying a lot, with how clever and downright hilarious that movie was. So when it was announced that Batman was getting his own LEGO feature film, it was not completely surprising – yet incredibly exciting. The actor’s grizzly voice is perfect under the cowl, and there is no denying that Arnett is one of the funniest comedians of the past two decades. The only concern that I could possibly have going into the movie was that LEGO Batman might be better in small doses. Luckily for myself, comic book fans, and moviegoers everywhere – that concern never even crossed my mind once during the film.

Right from the start, without spoiling things, Batman (Arnett) has the audience in stitches before the first shot even appears on screen. The writing is so clever, and Arnett’s delivery is perfect. I’ve never laughed so hard at logos in my life. This first encounter with the caped crusader sets the tone for the rest of the film. 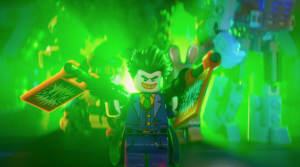 The film opens with a huge action set piece, proving how effective Batman is at defeating even the largest number of adversaries. Lead by the Joker (Zach Galifianakis), the most notable of super villains and obscure rogues alike are taken down one by one by the Dark Knight. Batman always makes it look easy, even singing his own theme song while taking out bad guys. This first scene showcases how breathtaking the animation of these films has become. The director of the film, Chris McKay, was the animation director of The LEGO Movie – so clearly the visuals are in good hands. And although the visuals are computer-generated, as they were for the last film, it is amazing how grounded every object looks and feels. The visual artists have truly perfected the technology, making it virtually indiscernible from filming stop-motion animation of actual LEGO pieces.

As any fan of the hero knows, Batman prefers to work alone. Taking place during a time before the “Bat Family” exists, the caped crusader battles his arch nemeses single handedly – before returning home to a lonely bat cave. His only companions are Alfred Pennysworth (Ralph Fiennes), his trusted butler and surrogate father figure, and the bat computer (voiced by Siri) – which he has programmed to constantly remind him of how awesome he is. Bruce Wayne and Batman’s personalities remain exactly how they were left in The LEGO Movie, and continues to be a fun take on the classic superhero. While never ill-intentioned, Bruce often thinks only of himself – and is never afraid to say how ripped, or smart, or talented he is. His interactions with Alfred, often leaving him looking like a petulant child, are a cause of many a great laughs throughout the film.

During a retirement gala for Commissioner Gordon (Hector Elizondo), Gotham is introduced to his replacement – Barbara (Rosario Dawson), his daughter. Bruce becomes instantly smitten upon seeing her,  and unknowingly agrees to adopt an orphan named Richard Grayson (Michael Cera) in his daze. Through a series of events instigated by Alfred, Dick (because “children can be cruel” – just one of many understated and great jokes in the film) stumbles upon the Bat Cave and eventually becomes Robin. Batman hesitantly decides to team up with the young crimefighter when he discovers that he needs him to break into Superman’s (Channing Tatum) Fortress of Solitude. You know, because batman is “too swole” to break in through the vents. 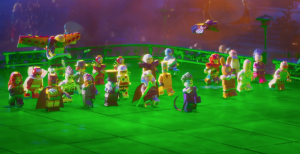 Packed with just about any Batman character you can imagine, and many that you may have never even heard of, the The LEGO Batman Movie is lovingly overflowing with homage to the source material. And when I say source material, I mean all of it. The film pulls from an unbelievable and uncountable amount of Batman movies, comics, television shows – you name it. While it is endlessly entertaining for kids and parents alike, the most joy will come to the biggest fans of the Dark Knight. There are so many little visual references and throwaway lines paying tribute to the almost 78-year-old vigilante, it is impossible to catch them all in a single viewing. This movie, not only because of the quotable lines and fun story, is one that will truly benefit from multiple viewings.

The best kids movies are the ones that transcend the genre, and find a following with audiences of all ages. The LEGO Batman Movie does exactly that, just as its predecessor, and is the rare four quadrant hit that filmmakers dream of. There is something in the movie for everyone: young or old, boys or girls, comic book collectors with Batman bedsheets or kids being introduced to the character for the first time. The LEGO Batman Movie has instantly become a classic, and is welcomed with open arms into the franchise.