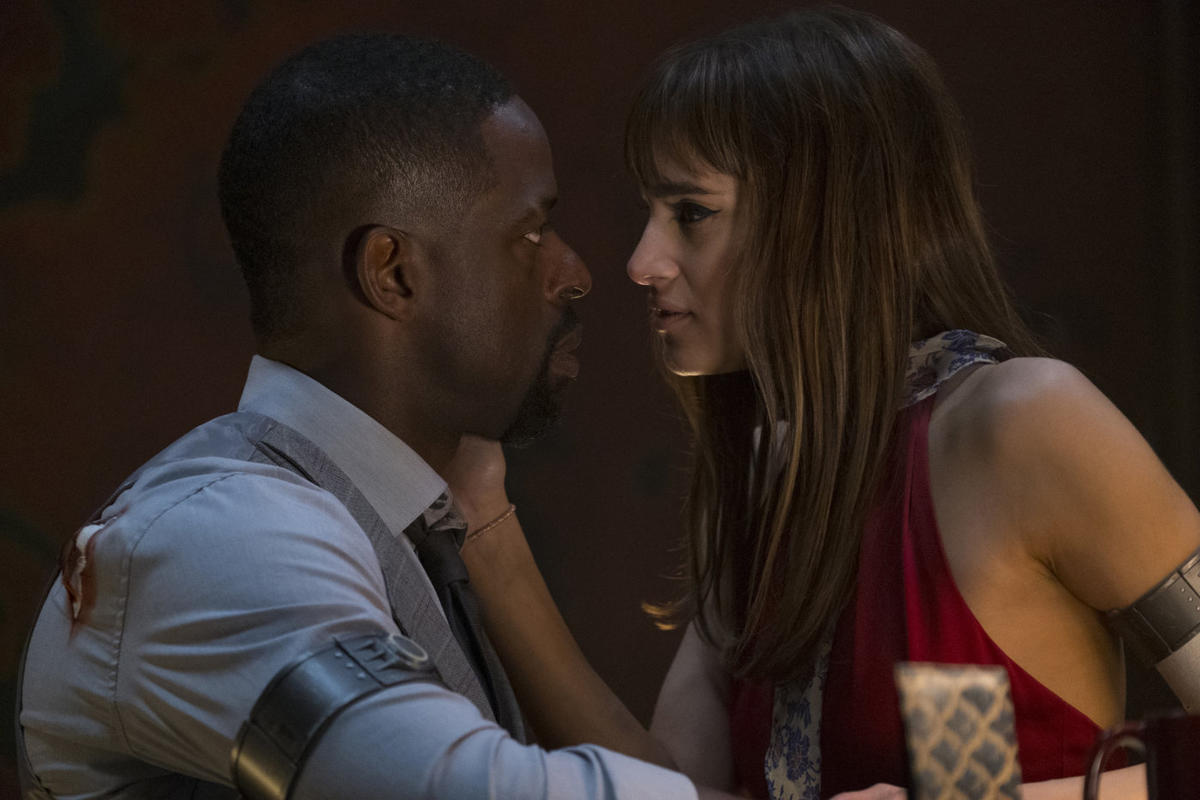 At least, that was my first impression after seeing the trailer for Hotel Artemis. Can you blame me, though? The premise of a hotel/hospital that caters specifically to underground criminals/assassins, with rules forbidding any fighting/killing/business while on the premises, all under the discretion of a no-nonsense caretaker seems like a plot device borrowed heavily from the Continental Hotel in the John Wick franchise. And perhaps it was. Thankfully, though, Drew Pearce, in his directorial debut, throws just enough variance to make it interesting.

Set almost entirely within the eponymous Hotel Artemis in the year 2028, The Nurse (Jodie Foster making her welcome on-screen return after a five-year absence) oversees a clinic on the penthouse floor that treats criminals, assassins, and people who need discretion to care for their wounds. Business is booming, as a severe water shortage has caused the masses to riot against the private companies who now control the resource.

Aiding The Nurse is Everest (Dave Bautista), a pillar of meat who serves as a caretaker, laborer, and security. He’s fiercely loyal to The Nurse as well as the rules of Hotel Artemis, which include no fighting, no admission without an implanted chip (indicating they’re members), and no police.

It’s a rather thin set-up, but thanks to solid performances from its two leads, there’s enough depth that it works for the most part. Foster, a two-time Academy Award winner, portrays an initially cold caretaker who gradually reveals some personality throughout the film. Riddled with anxiety that prevents her from leaving the building for too long, Foster adds some layers to what might otherwise be a pretty thin character.

On the other side, St. Louis native Sterling K. Brown, who plays a thief assigned the codename Waikiki (all guests are given geographic codenames for their own anonymity), portrays perhaps the most interesting character in the movie. After bringing his wounded brother (Brian Tyree Henry) into the Hotel to treat some gunshot wounds, Waikiki sticks around to take care of his brother, something he realizes he does far too often in life. If the first half of the movie is setting the scene, the second half is Sterling and Jodie tearing it down as they both come to some inner realizations. They do a great job with an admittedly thin script, and hats off to them.

The rest of the cast is hit or miss. Sofia Boutella is decent as an assassin whose intentions are pretty transparent from the get-go. Jeff Goldblum is…well, Jeff Goldblum. Ominously named the Wolf King, he’s the baron who controls half of LA, along with the police force, as he proudly boasts. And I almost didn’t recognize Zachary Quinto as his son, Crosby, who brings his father to the hotel to get treatment for a wound.

It’s an admirable debut for Pearce, but it’s far from perfect. Much of the film is plagued by cliches, and at times the editing makes the flow of the film feel uneven. Visually, well, it just isn’t all that interesting. For the most part, we’re stuck in a claustrophic hotel floor with few glimpses of the outside. When it does work, though, we get a glimpse of what Pearce may be capable of in the future. During a showdown towards the end of the movie, we get some terrific moments of tension as we wait in anticipation of what may happen next. It’s one of the finer points in the movie, and if Pearce can build on it in his future films, he could establish himself as a director rather than solely a writer.

Ultimately, Hotel Artemis succeeds, but just barely. The strong performances of Foster and Brown deliver an ultimately entertaining movie, but once you’ve seen it, it’d be tough to justify going back; there just isn’t much left.

Hotel Artemis gets a C+/B-.