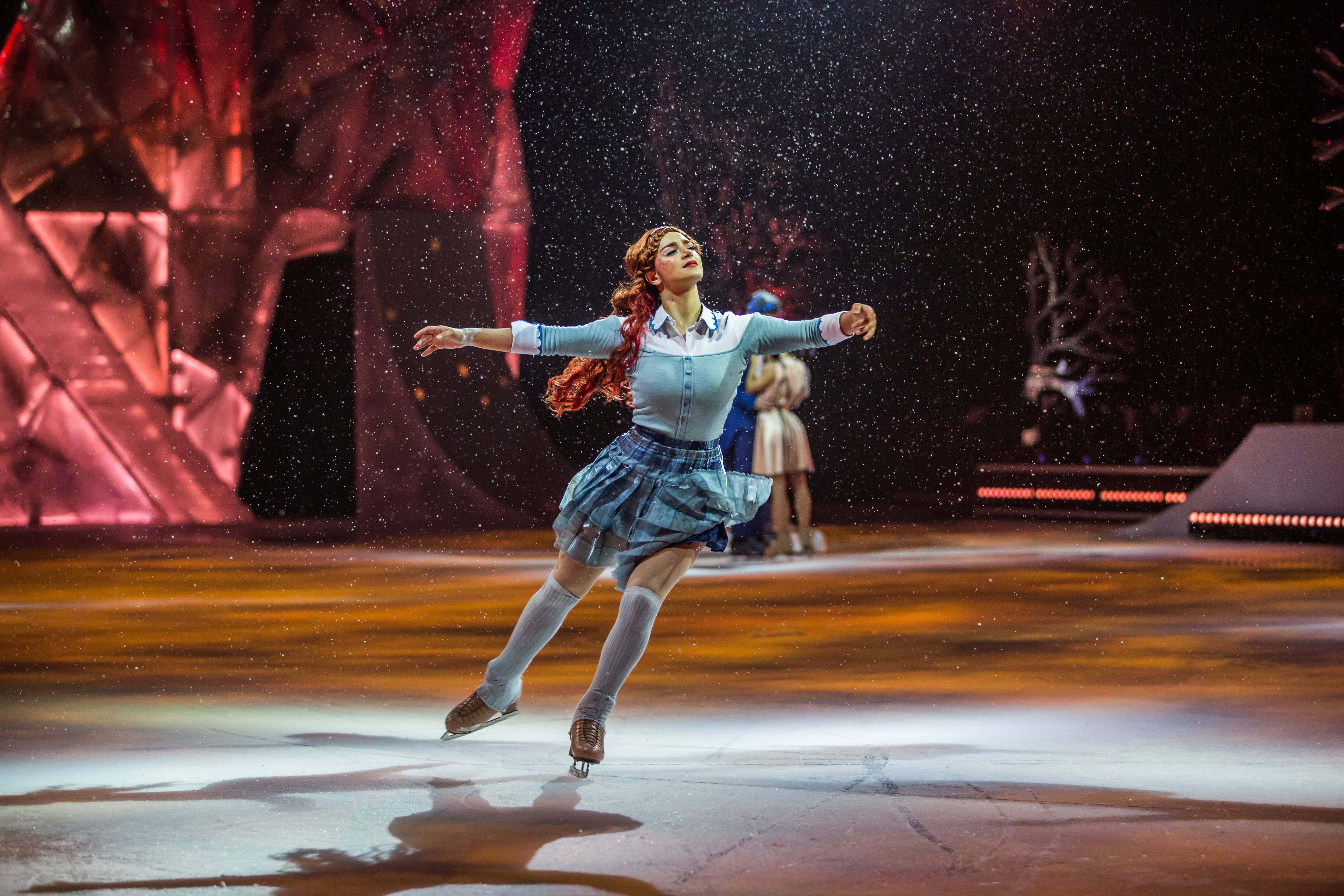 I remember seeing my first Cirque du Soleil show when I was a teenager, and being completely enamored with the breathtaking feats. Since then, I’ve seen many incredible versions of Cirque, but none quite like their latest production: Crystal.

We were lucky enough to be one of the first cities to experience the show, which received a standing ovation from the packed St. Charles Family Arena.

Crystal is the first show from Cirque du Soleil to take place on ice. And if you think this is like any other ice show – think again. There is nothing like the flair of a Cirque show, with the colorful costumes and mind-blowing choreography. The live music, masterfully performed as the acrobatics are executed perfectly in-sync. And the story, enchantingly told without the need for any words.

It all begins with a woman skating, who suddenly falls through the ice and escapes into a dream-like reality – brought to life by her wondrous imagination. There she skates alongside her reflection, witnesses a mind-blowing hockey game, takes place in mind-blowing aerial acrobatics, and much more.

There is one word that I could not help but to think of again and again during the show. And this word is “beautiful.” 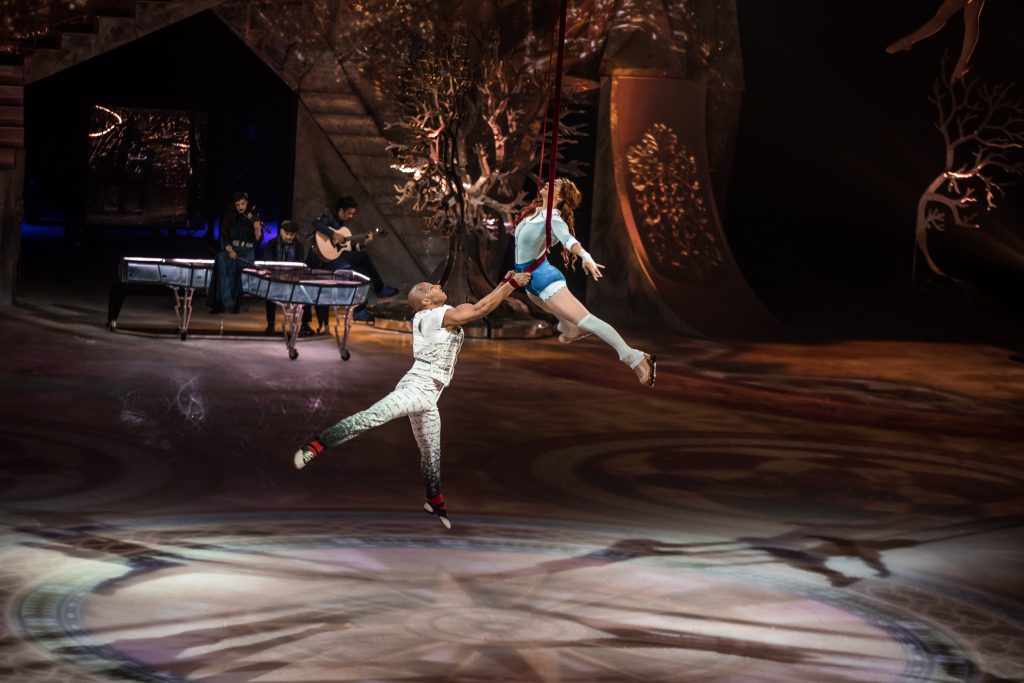 One of the most mesmerizing visuals of the entire show is how the production utilizes projections that bring the ice to life before your very eyes. Right from the beginning, when I watched the rink appear to crack, I knew I was about to see something special. And time and time again, Crystal continued to deliver these unique augmentations to the ice. The ice becomes its own character as it is brought to life throughout the performance.

Of course it wouldn’t be Cirque du Soleil without incredible acrobatics, and there are plenty to keep you on the edge of you seat in this show. The hockey scene is a lot of fun, with the players criss-crossing over one another on seemingly endless amounts of ramps. There is a beautiful performance between two of the aerial acrobats, which is also a super-human feat of upper body strength. And there are several other impressive dances, high-flying trapeze stunts, and flips that never ceased to wow the audience.

Cirque Crystal is not only fun, but a wonderful work of art. The talent of the cast is never-ending, and the entire concept is out of this world. If you have a chance to see this show when it comes through town, do yourself a favor and get your tickets.

The next stop for Cirque du Soleil Crystal is the Sears Centre Arena in Hoffman Estates, IL Nov 16-19, 2017. For more information about the show, visit cirquedusoleil.com. 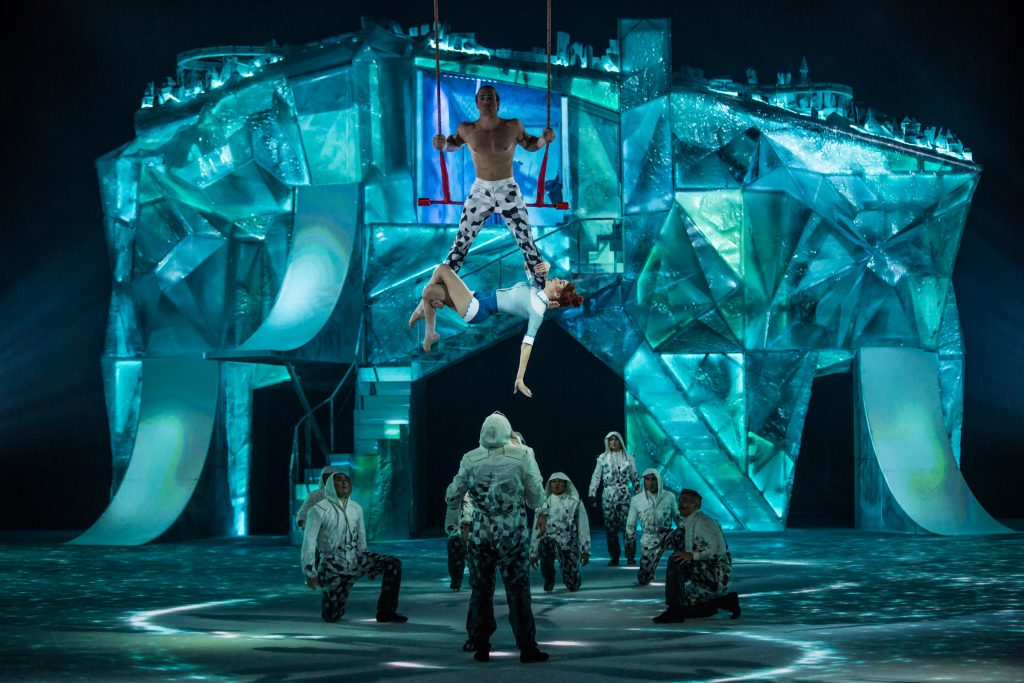