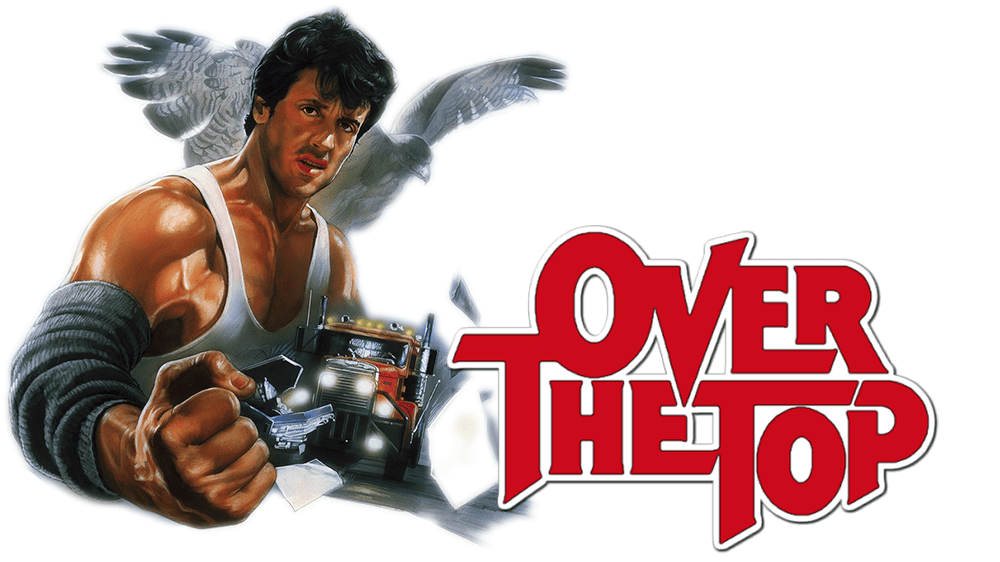 Sly Stallone made some great movies in the 80’s. From Rocky to Rambo, he was a box office machine, but along the way he also had some films that didn’t do quite as well as the Rocky films, and no, I’m not talking about ‘Stop or My Mom Will Shoot!.’

‘Over the Top’ hit theaters in 1987 and with just a $2.5 million budget, managed to arm wrestle up $16 million at the box office. So, it may not be one of Sly’s more successful films, but it’s still a classic in my book. I mean, who else could get 90 minutes of action out of a movie about an arm wrestling truck driver? Sly Stallone, that’s who! All action stars should bow down.

While the story of ‘Over the Top’ is adorable, yet ridiculous, it’s one hell of a fun ride. Sly plays Lincoln Hawk, what a name that is! Hawk is sent by his dying wife to pick up their son who is in military school. David Mendenhall plays Michael, Hawk’s annoying and smart-ass son. Michael has been lied to for years by his grandfather, Jason, played by Robert Loggia. Loggia detests Hawk, who is a hardworking truck driver. We find out later in the film that Jason has been hiding Hawk’s letters to Michael for years.

Along the way to the biggest arm wrestling championship competition in the world, Hawk and son feud. Hawk tries to build Michael’s confidence in himself by having him face off against some punk kids in a roadside diner. Michael frequently criticizes Hawk’s lifestyle, doing his best to piss off his father, but Hawk is unbreakable.

All Hawk wants is for his son to want to be with him as they travel the nation in his truck. Yes, it’s cheesy, but it’s some great cheese. So, how does Hawk win his son’s respect? Well, he has to win the arm wrestling title to gain the little brats respect.

While the film is sappy at times, it’s one of my personal favorites that Stallone has ever done. It also features one badass 80’s soundtrack. Fans of the film have undoubtedly sped down the highway listening to ‘Meet Me Half Way’ by Kenny Mother F’n Loggins. I know I have on multiple occasions. So in honor of ‘Over the Top,’ I say thank you Sly! Thank you for making such a great 80’s-cheese filled ride!