I have said it on here before, and I will say it again.  Captain America is the superhero film I am most looking forward to this summer.  And one of the reasons is the cast.  I think Chris Evans will be perfect in the role, and Hugo Weaving is meant to play a villain.  But the studio has been a little shy about their villain.  We have seen Weaving as Johann Schmidt, but not as Red Skull.  Many have wondered what exactly the villain will look like.

While the validity of the image below is not confirmed, the style and art is very similar to the leaked images of Captain America in costume way back in June.  Are these the same production art pieces that were used to create the look of the villain?  I imagine we will all find out soon.  I bet we get a trailer for The First Avenger: Captain America by the end of February. 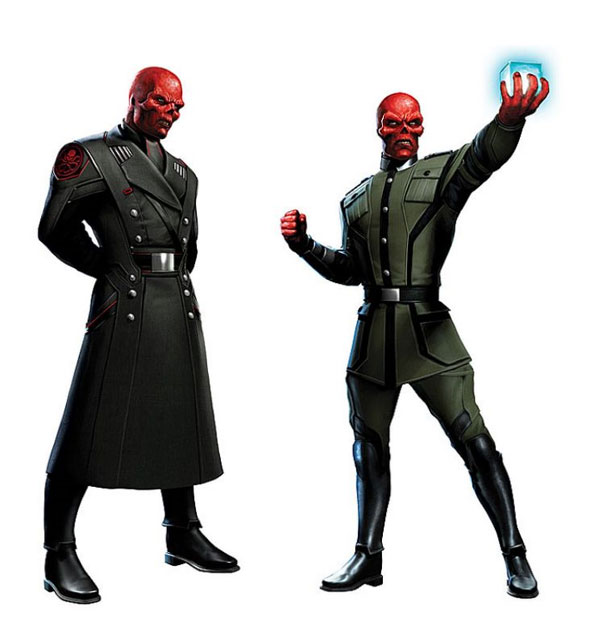 What do you think?  Good look for the character?  Let us know what you think in the comments below.