‘Red Dawn’ remake to be like ‘Call of Duty’?

Sounds like a cool concept. I was kind of wondering what they were going to do with it this time around. There is no Cold War going on, but there is some pretty interesting turmoil in our foreign affairs. Although, the concept seems even more far fetched than the original. 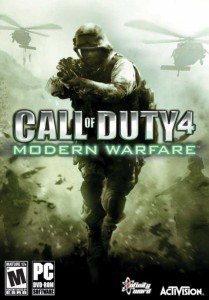 The THR Women in Hollywood Power 100 breakfast on Friday morning was brimming with powerful industry women, established and new.

While weaving through the crowd, I ran into MGM honcho Mary Parent, who was among the first group of women on the list to volunteer to mentor area high school sophomores as part of THR’s new mentoring program with Big Brothers Big Sisters Los Angeles.

More importantly, she mentioned the footage she had seen of MGM’s “Red Dawn” remake (due in theaters next November), currently shooting in Detroit (which, sadly, was pretty wrecked even before the production rolled in tanks and began blowing portions of it up).

Let’s just say Parent was enthused by the dailies, saying that first-time director Dan Bradley, who orchestrated all that crazy stunt work in the “Bourne” and “Spider-Man” movies, “has really outdone himself.”

She summed up by saying the movie plays like “a live-action ‘Call of Duty,’” which should be machine-gun music to many an action gamer’s ears.

Red Dawn was a great movie for me as a kid. When you are a kid and you are a bit naive, it sounds cool to take on an invading force in your country. As you grow up some of the idea behind this sounds great. Who doesn’t want to be a hero, but then you think of what that means, and it just doesn’t seem like a good idea anymore. Still doesn’t mean someone can’t dream.

This film has a rushed production schedule it seems, so the finished product could go either way. Regardless I’m just ready to spray paint “Wolverines” on things.