Anyone else watching the game last night almost kinda-sorta hoping for a brawl?

Obviously, Chris Carpenter getting in a fight and getting suspended/hurt would be quite a bad thing for the team, but I love his bulldog old school mentality. Watching the game, reading his lips after he got hit, I half-expected him to charge the mound. The guy’s 6’6″, not exactly small change.

Some thoughts on the last couple games, along with Rams thoughts.

Obviously, he’s pitching pretty well. 20 strikeouts in his last two outings means he must be doing something right. But he’s not as efficient as he’s been in the past. His velocity’s down, and he’s relying a lot more on his breaking balls. He’ll be 35 next week, so it’s not unreasonable to expect that he’s starting to slow down. Who knows? Maybe his arm’s still just getting into shape and he’ll be fine the rest of the way. I can’t really argue with a 3-0 record and 27K through four games.

After a bit of a slump, the Stinky Cheese Man has rebounded nicely, hitting 7 for 16 the last four games. 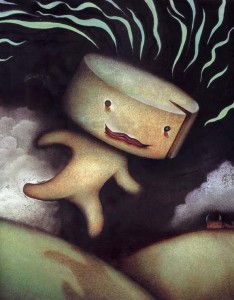 Colby’s now hitting a respectable .273 and is second on the team with 5 home runs and 10 RBI. His second home run last night was an absolute blast. I think he’s gonna develop into a Ryan Ludwick-type player, one who has hot and cold streaks throughout the season, but when he gets hot, he’ll outproduce even Pujols during the hot streaks. 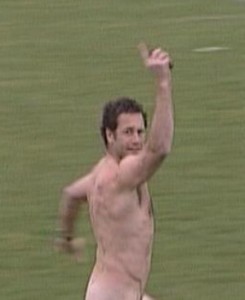 Not a hot streak.

Did anyone really expect that the Cardinals at this point would lead the majors in home runs? Certainly not me, but sure enough, through 15 games, the Cardinals have 23 home runs (Toronto also has 23, albeit in 16 games).

Granted, they’re only 16th in batting average and 10th in runs scored. But it’s interesting that a team thought of more for the offensive balance would be crushing the long ball. Pujols has 6, Rasmus 5, Holliday 4, and Ludwick 3.

Tonight’s the opening salvo of the draft. Just over eight hours remain from the writing of this article. Certainly anything can happen between now and then, but it’d most likely take a king’s ransom for the Rams to trade away the top overall pick (think the Saints with Ricky Williams).

At this point, it’d be a complete shock if the Rams didn’t draft a quarterback with their top pick, or at least the second-round pick. The Rams released Marc Bulger (not unexpected), let Kyle Boller go (again, expected), and signed a journeyman backup, A.J. Feeley.

So it pretty much boils down to: Sam Bradford (heavily expected to be the Rams’ pick tonight), Jimmy Clausen (cocky as hell, and sure he looks like Chucky, but he was a terrific qb in a pro-style offense), and Colt McCoy. Tim Tebow and Jevan Snead might perhaps get brief looks, but my money’s on Bradford’s name being called tonight.

As for the second round pick, I’d LOVE for them to pick a top-flight receiver. The Rams have some promising receivers, but none of them really stand out as a potential star, and most of them are as prone to breaking down as I am after getting rejected by women. I’d love to see them get a receiver with the 2nd round pick, maybe Golden Tate out of Notre Dame. Chances are, however, the Rams will trade this pick and turn it into several, which could be exactly what they need. This draft is pretty loaded with talent, and the Rams need every possible building block they can get.

I’ll most likely do a football post tomorrow after watching the draft tonight and offer some thoughts on the first round. Perhaps I’ll do a Cardinals post this weekend as the Birds take on San Francisco.