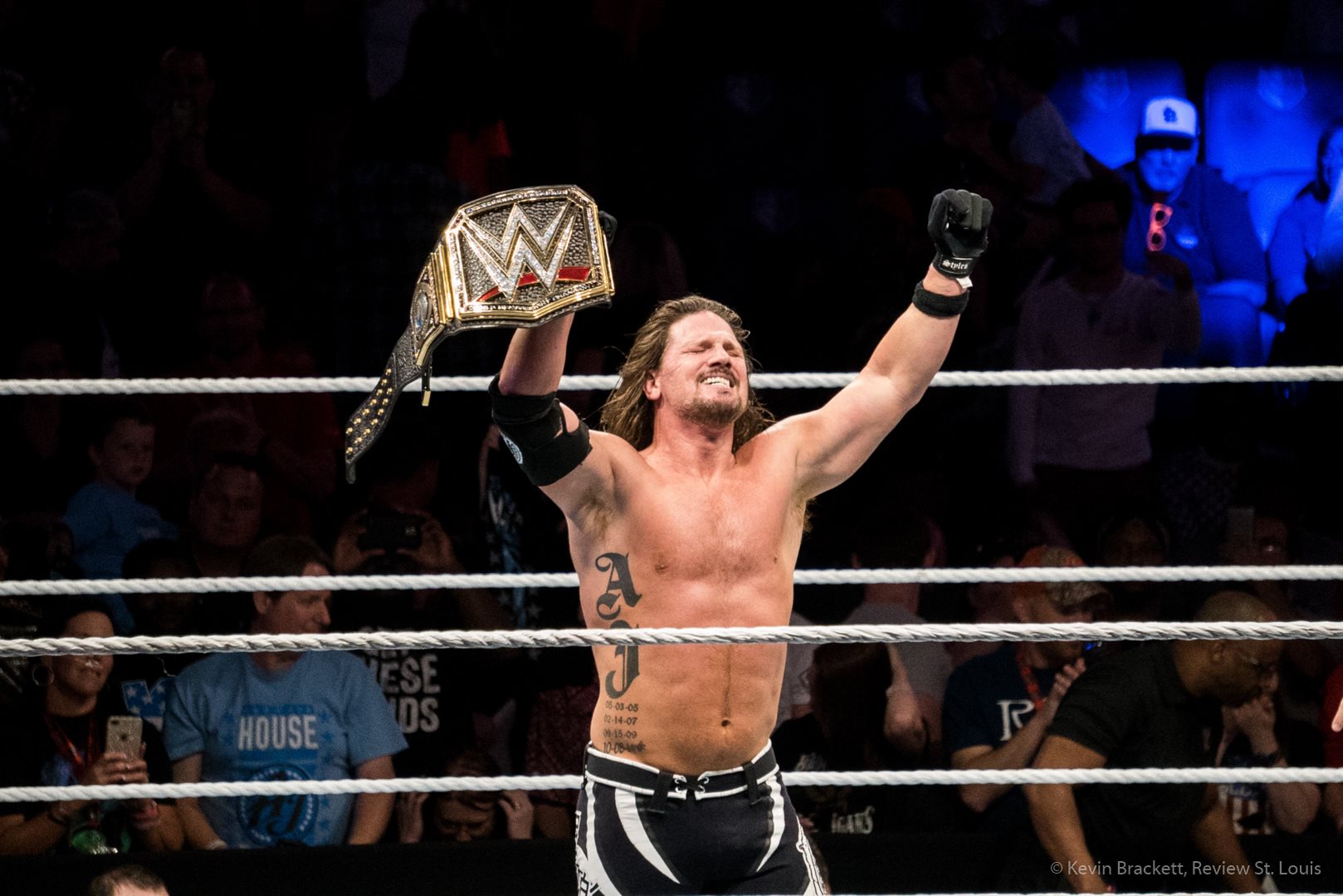 It was a great night for wrestling fans on Saturday, as WWE Live came to The Chaifetz Arena in St. Louis as a part of their SummerSlam Heatwave Tour.

WWE’s annual SummerSlam event takes place on August 19 at the Barclays Center in Brooklyn, New York. You can stream it live on the WWE network, along with every “PPV” event and tons of fantastic original programming (not to mention thousands of hours of archival footage).

There was an all-star lineup from the SmackDown roster, including four title matches (a 3-way tag match: The Usos vs. Gallows and Anderson vs. Bludgeon Brothers, Shinsuke Nakamura vs. Jeff Hardy, Carmella vs.  Naomi, and a triple threat main event: AJ Styles vs. Samoa Joe vs. Rusev).

It was a great show, and the crowd was loving every minute of it. There was an exciting, high flying match between Andrade Almas and Sin Cara early on in the show, followed by a fantastic 6-woman tag match (Asuka, Nikki Cross, and Becky Lynch vs. The IIconics and Lana).

Hometown favorite Randy Orton showed up for a few minutes after the Nakamura vs. Hardy fight, just long enough to remind Jeff that he lost the match.

Fans booed The Miz, while they cheered on Daniel Bryan. After 5 minutes of trying to quiet the crowd so he could remove his sunglasses, Miz announced that he would be leaving without fighting. However, Bryan had other plans.

New Day put on a hilarious show with Cesaro and Sheamus. Both teams are always entertaining, and it was no surprise that this was one of the favorites of the evening.

After watching Carmella defend her belt against Naomi, the audience was treated to the main event. It was an exciting triple threat match, where AJ Styles defended his belt against both Rusev and Samoa Joe. In the end, Styles came out on top and retained the belt. But not before a lot of high-flying antics. It was a fantastic way to end a great evening.