THE OFFICE SEASON 6 is out on Blu-Ray and DVD! Enter to win a FREE copy! 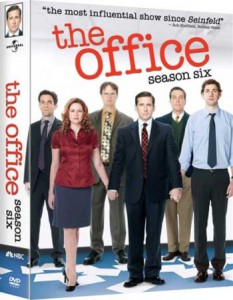 Enter for a chance to win a FREE copy of “The Office Season 6″ on DVD! In order to enter the contest, become a fan of ReviewSTL on Facebook and suggest ReviewSTL.com to all your friends (click the “suggest to friends” link on the left side of the page). Then post a comment on the ReviewSTL fan page telling us what your favorite moment from “The Office” is! NO PURCHASE NECESSARY. PLEASE REMEMBER TO READ THE RULES!

Good luck! And don’t forget to pick up your copy of “The Office Season 6″ on Blu-Ray and DVD Today!