New “Where The Wild Things Are” Feature Trailer in HD! 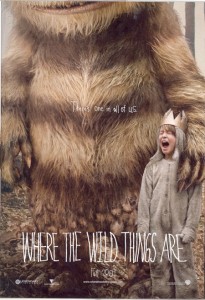 Check out the second trailer for “Where The Wild Things Are” that was just released! The movie is a highly anticipated film adaptation of the classic novel of the same title, written by Maurice Sendak. In the film, we follow the adventures of a young boy named Max who, after being sent to bed for misbehaving, imagines that he sails away to where the wild things are. Max is loved by the wild creatures who make him their King, though he soon longs to be back home with his family. The movie is directed by Spike Jonze, and opens in theaters everywhere October 16th, 2009.