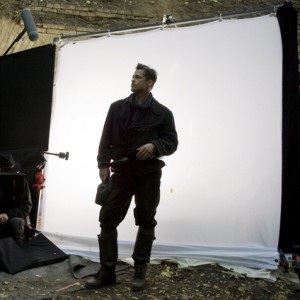 Last night, on FOX’s mega-hit tv show, “American Idol,” Quentin Tarantino made a special guest mentor appearance and debuted a sneak preview of never-seen-before footage from his upcoming movie, INGLOURIOUS BASTERDS. Below is the entire clip that was too hot to air on primetime tv during “American Idol.”

BELOW IS NEW FOOTAGE FROM THE HIGHLY ANTICIPATED SUMMER 2009 FILM, “INGLOURIOUS BASTERDS,” FROM QUENTIN TARANTINO. SEE THE WHOLE CLIP THAT WAS AIRED IN PART ON “AMERICAN IDOL”