Pearl Jam’s best album happened to be their first. This is again a band that grew on me. As I have gotten older, the more I love Pearl Jam and this album. I love their music and their message. They have used their music as a way to spread their political beliefs. Eddie Vedder is without a doubt one of the greatest front men in the last 25 years.

Let me start by saying I am not a huge Nirvana fan. I was never a big Kurt Cobain fan. I can tell you that I remember where I was when I heard he committed suicide. I will also admit that while I was not a huge Nirvana fan, their impact on not just alternative music, but rock music in general will be forever felt. Without Nirvana, we would have no Foo Fighters. Without Nirvana, we would have no Hole, maybe that would be a good thing. In Utero was a great album. It was hard-hitting, and also featured my favorite Nirvana song “Pennyroyal Tea”. I know how big “Nevermind” was, but over the years I have found that album to be less impressive. In Utero was far and away the better record. 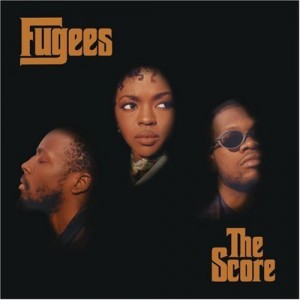 A lot of people may just remember “Killing Me Softly”, and rightfully so, as it’s a great song, but this album is loaded with great hip-hop songs. The fact that 17 years later, Lauryn Hill and Wyclef are still around in the music industry speaks volumes about how popular this album was.

This album is a hip-hop classic. Tupac may not have been the best MC, but his ego and arrogance shine through on this twenty-seven-track double-disc classic. To this day, this remains one of my favorite rap CDs. It never gets old. The world got a glimpse of what real rap music could be like on this disc.