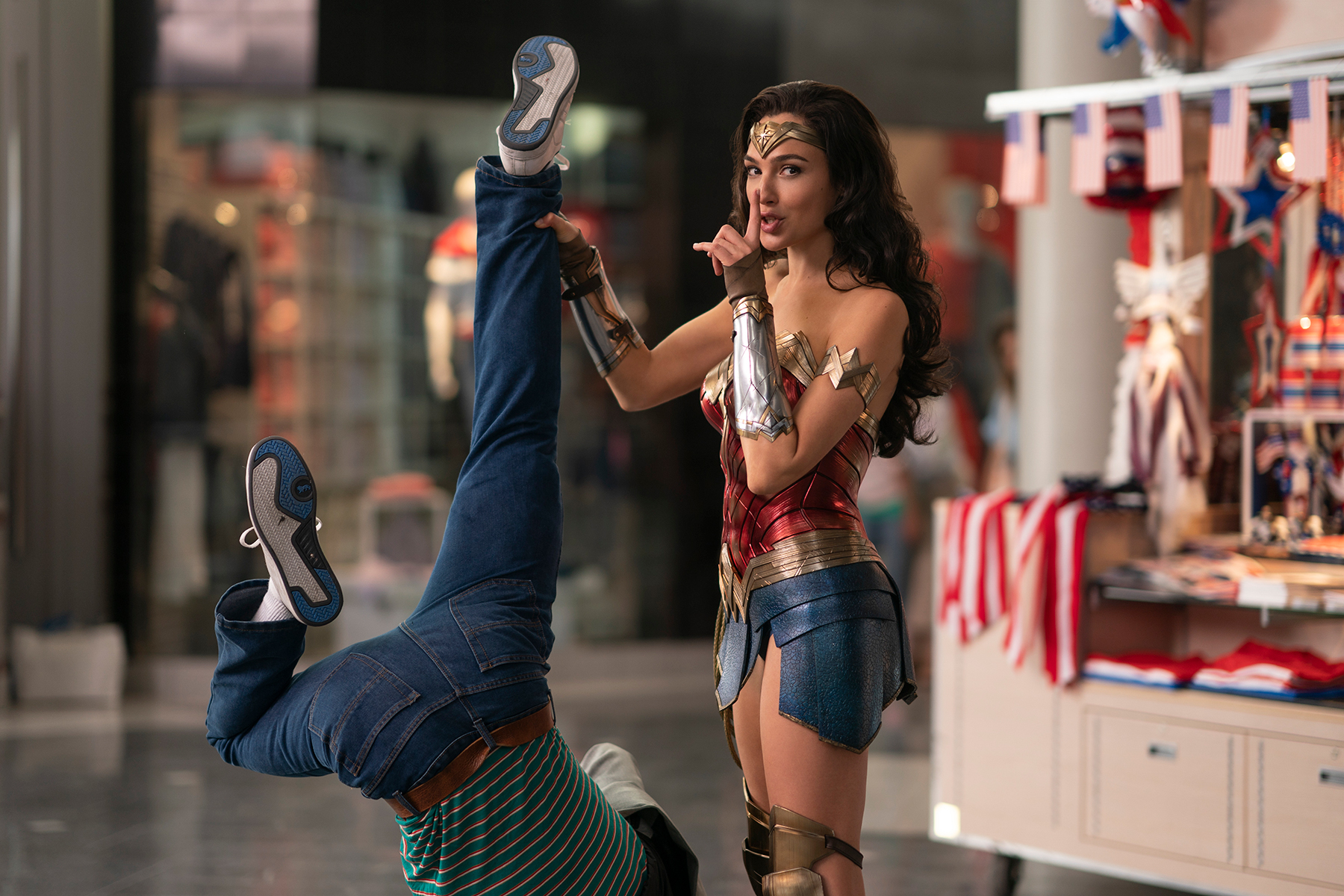 When I say I love Patty Jenkins’ Wonder Woman (2017), that doesn’t even do it justice. The film was incredibly moving, actually bringing me to tears the first time I saw it in theaters – overwhelmed by the beauty of what I was seeing presented on-screen. These strong and powerful women, directed by a woman, telling this story of all the virtues the character of Wonder Woman represents. And knowing what a film like that would mean for women all over the world – especially little girls seeing something like that on the big screen for the first time. It is still one of my favorite superhero films of all time.

I even saw the film a second time in theaters during my bachelor party trip, taking a friend who hadn’t seen it yet while the other guys continued to bars in the area. I tell this story only for context, so readers can understand just how much the first film means to me – and how excited I was for the sequel. And not only were we getting a sequel to one of my favorite DC movies, but I could watch it over and over on HBO Max from the safety of my couch for an entire month. What could be better?

Unfortunately, a lot could have been better. Wonder Woman 1984 is a huge letdown, even more disappointing knowing how much potential it had to be a great sequel.

Set sixty-plus years after the events of the first film, Diana (Gal Gadot) is now working at the Smithsonian as a curator of ancient artifacts. She has kept her identity as Wonder Woman a secret all of these years, appearing when she is needed to save a jogger from being hit by a car or rescue someone from falling off a bridge. One of the first of very few action sequences in the film is Wonder Woman stopping a mall heist, done in true 80s “camp” fashion. Come to find out, the burglars were trying to steal an artifact sought after by failed businessman Maxwell Lord (Pedro Pascal) who wants to use its power to grant his wish for success. Unfortunately his plans are derailed by Wonder Woman, and the stone falls into the hands of Barbara Minerva (Kristen Wiig) – another Smithsonian employee who is tasked by the FBI to figure out why anyone would want to steal it.

The villains are the best part of the movie, presented as complex human beings with realistic behaviors and motivations. Neither of them are mustache-twirling, fueled by watching society crumble or bent on world domination. Rather, we see how each of them evolves into their villainous roles, and how easy it is for power to corrupt. Lord is a family man who wants to give his son a better life than he had, and stop being considered a failure. Barbara is sick of being walked over and mistreated by everyone in her life. When the artifact gives them power, it is intoxicating – and keeps them wanting more. While the script unfortunately doesn’t give them much to work with, both Pascal and Wiig are giving it their all – and are the best parts of the film.

Did I mention Chris Pine is in this movie? If you watched the trailers, you surely saw that somehow Steve Trevor has been brought back to life. In a film where a wishing stone is central to the plot, it’s not hard to imagine how he comes back. Yet the way it is handled feels creepy, and ultimately very lazy – as his role is only given as an excuse to bring the actor back. Minor spoiler – skip ahead if you don’t want to know anything about his reappearance – the consciousness of Steve Trevor is planted in the body of a random character. Only Diana, and the audience, see Chris Pine. So the entire time, everyone else sees actor Kristoffer Polaha (billed only as “handsome man”). This becomes problematic when you start to ask questions like, “What happened to that man and his life? Does he have a family, or a job he is about to lose for not showing up? When they get physical, isn’t that a big wrong?” They had a magical wishing stone – why not just bring back Steve Trevor? In the end it all could have played out the same way.

Somehow Gal Gadot seems completely misused here, which makes no sense given how great she is in the first film. Her character and dialogue are so poorly written, it gives the actor very little to work with. Instead of giving her character a future, she is constantly hung up on the past. We don’t need to be told how much of an impact Steve’s death had on her – we saw it. We experienced that heartache. But there are more stories to tell, and Diana is allowed to move on with her life without getting Steve’s permission. They missed a huge opportunity exploring the character and her bisexuality represented in the comics. They could have used Diana’s relationship with Barbara, and the latter’s clear infatuation with the amazon as the basis for becoming Cheetah. So many options, and yet what we are given is Diana can’t be Wonder Woman because she still isn’t over Steve. While it is understandably a heartbreaking decision to have to make, it is tired and played out. And keeps us from getting the Wonder Woman we want to see in her second live-action film.

The few action sequences we get in the film look so terrible, you might think it was filmed using 1980’s technology. I can’t understand how a film with a $200 million budget, and a sequel to a blockbuster which made over $800 million worldwide, could look so bad. Especially in 2020. Simply put, at lot of the time it just looks cheap. It’s such a shame coming off of the first film, which featured incredibly captivating and moving action set-pieces. Nothing, and I mean nothing, in the film comes anywhere close to the “no man’s land” sequence from the 2017 film.

Part of the disappointment with Wonder Woman 1984 is due to the high expectations, and while it is not a terrible movie – it leaves much to be desired. Some of the dialogue is so cheesy that it should have stayed in the ’80s – and it’s not delivered in a fun or ironic way. All the marketing pointed to a fun and stylistic romp like Thor: Ragnarok, yet we hardly got to even feel what it was like to be in the 80s. Outside of the mall sequence, and Steve trying on outfits for laughs, you wouldn’t be able to pinpoint the decade if your life depended on it. Instead of leaning into the 80s and having fun with the era, it was more of a bait and switch. And so all we are left with is a character handcuffed by the timeline of movies that came before, and not given much of anything exciting to do – and completely missing the heart of the first film.