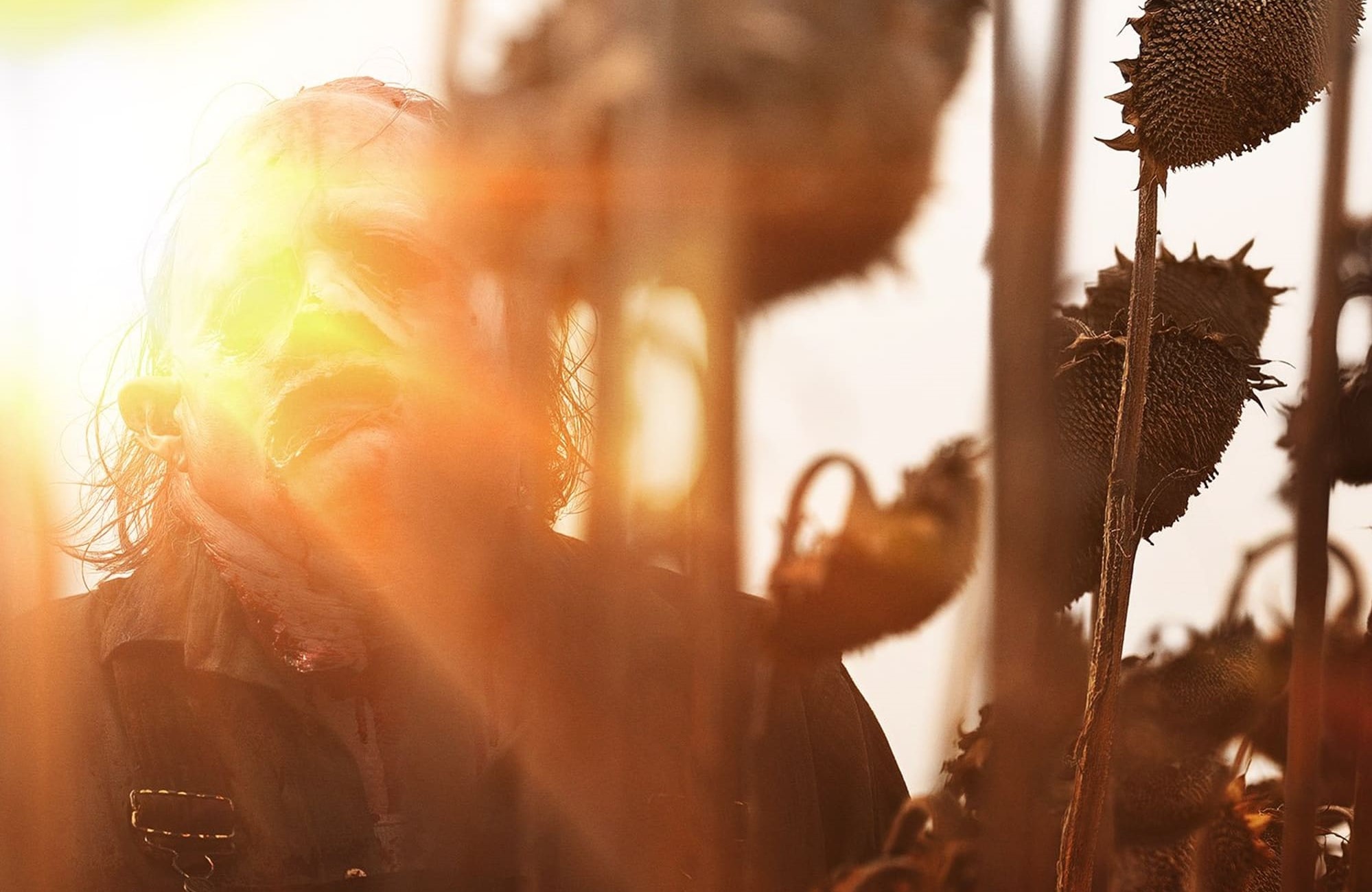 Existing as a pseudo-sequel-reboot, the film opens up after almost 50 years since the original, where we saw the “final girl” Sally (played by Marilyn Burns) barely escaping the wrath of Leatherface. It’s hard to say where this film fits in regards to canon, but I believe that it follows all of the previous entries of the franchise aside from the 2003 remake and the 2006 prequel (both more solid than the last few attempts in my opinion). Even the direct sequel Texas Chainsaw released in 2013 still seems possible given this timeline. However, just because the franchise can squeeze out another slice-and-dice horror film, doesn’t necessarily mean it should. The kicker: this time it’s Gen Z versus the chainsaw-wielding maniac.

A group of four idealistic young adults enters Harlow, Texas: infamous for the massacre held there decades earlier. However, Harlow is a ghost town – or at least seems that way. With the wishes to revamp the town and auction properties off as a complete makeover for the southern town in an attempt to escape the modern dangers of big cities, our four enthusiastic entrepreneurs are soon met in town by a bus full of potential buyers and investors. Our key players, sisters Melody and Lila (played by Sarah Yarkin and Elsie Fisher) lead the foursome also consisting of Dante and Ruth (played by Jacob Latimore and Nell Hudson). Joining them as our main cast members is a roster of expendable characters – body count has to be high, right? We also see Mark Burnham picking up the mantle as Leatherface, being the actor’s first portrayal of the iconic character.

With a short setup, it isn’t long before we realize Harlow isn’t as deserted as our new witty group of main characters, among many others, start getting picked off one by one. One of the problems the plot faces is the “why”. In one of the laziest attempts in slasher motive I’ve ever seen, especially one from a franchise such as The Texas Chainsaw Massacre, we see the killing spree begin. Insert eye roll.

Leatherface cuts his way through town leaving a trail of bodies in his tracks, using all sorts of tools to dispose of the nuisances who seem to have invaded his home, from hammers, blunt objects, knives, and of course, the blood-splattered chainsaw. I think the thing that didn’t work for me is how the film tried to integrate this classic slasher trope into a modern audience that has some very odd choices in its discourse involving race, gender, gun violence, and other modern topics. While there was a possibility this could have worked, its execution was pitiful. Part of what makes this franchise popular within the horror and slasher genre is how unapologetic and excruciatingly in-your-face offensive it was. While problematic, that’s where the true horror lies. Yes, while this film may deliver all the blood, guts, and brutality the viewer may desire (even more so than previous films in the franchise), it isn’t jaw-dropping and visceral horror that set the original as a high standard. Plain and simply, Leatherface and cancel culture DO NOT MESH.

I do root for our two protagonists, sisters Melody and Lila, who are the only ones that have any character development whatsoever, but I also find them annoying; Is that wrong? The power move that really could’ve strengthened the film was bringing back sole survivor and Final Girl Sally (this time portrayed by Olwen Fouere). We’ve seen the success when bringing legacy characters back, with wildly successful performances in 2018’s Halloween reboot and last month’s Scream. However, this time, Sally should’ve stayed the hell at home. Maybe it’s because her trauma hasn’t haunted her through multiple sequels, but her arrival was not exciting, and her performance was awful (she was like a white-haired, female Walker Texas Ranger ripoff that was eight seconds away from being placed in a home). The showdown between Leatherface and Sally that should’ve been epic fizzled, and did so quickly.

And then, before you know it, the credits roll. With a runtime just shy of 90 minutes, audience members are left scratching their heads. Thankfully this wasn’t a theatrical release, as the disappointment would’ve been much greater. The film not only didn’t deliver, but it just didn’t work. The writing, the plot, and the forcefulness to make it relevant all worked against the movie. While I am a huge fan of horror films that integrate social commentary into their story, maybe check out something from Jordan Peele. I think if done correctly, a reboot of this franchise could’ve been really successful, but this was not the way – and leaves little hope to a proper reboot seeing the light of day anytime soon.