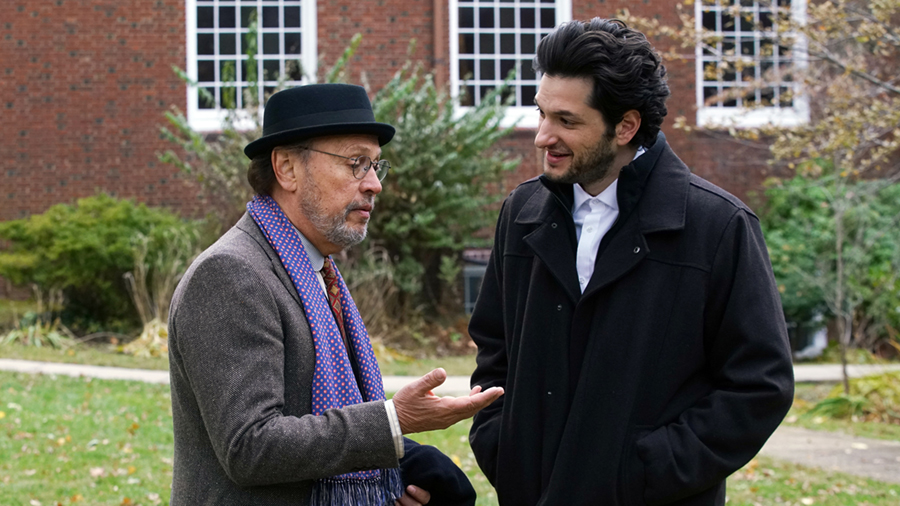 Things don’t always work out the way you want them to. 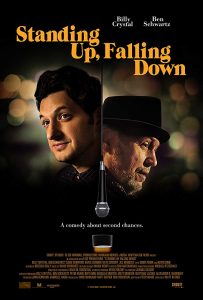 Sometimes you move away from home and become a big star. And other times, more often than not, you decide to move back home. The latter is what happens in Matt Ratner’s feature directorial debut Standing Up, Falling Down, a beautifully tragic study of the human condition.

It’s been several years since Scott (Ben Schwartz) moved from Long Island to Los Angeles to pursue a career in stand-up comedy. Unlike Schwartz’s real-life persona, Scott is having trouble booking any gigs that don’t have “open mic” in the title. Feeling defeated, he moves back home for an indefinite amount of time to try and figure things out. He’s given a cold welcome from his disapproving father (Kevin Dunn), a typical sisterly greeting from Megan (Grace Gummer), and an overbearing reception from his mom Jeanie (Debra Monk). It quickly becomes apparent that the transition is not going to be easy.

At a local watering hole, Scott runs into a drunken, loudmouth patron named Marty (Billy Crystal) in the bathroom. After their hilarious encounter, Marty notices a rash on Scott’s arm and refers him to a dermatologist. The next day he’s surprised to learn that Marty actually is the dermatologist, but quickly realizes that he’s a good guy. After several chance encounters, the two of them form an unlikely friendship – exactly what each of them needs. 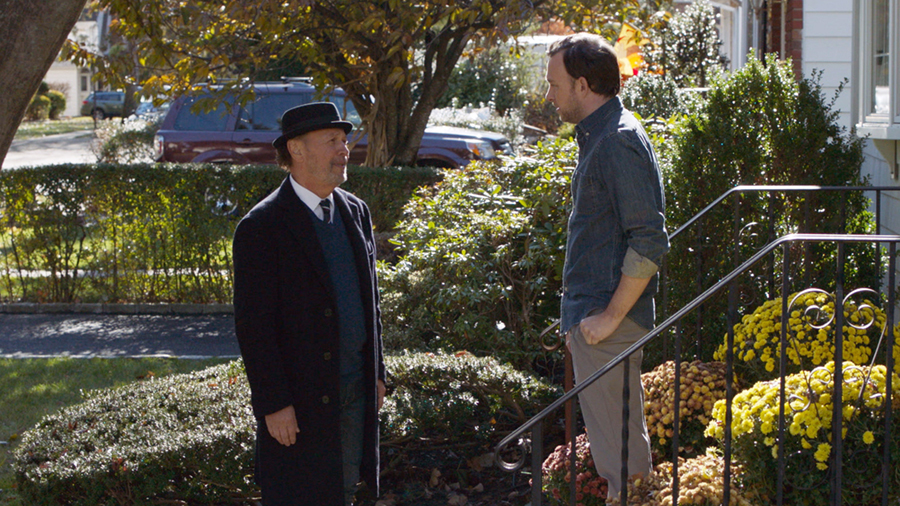 Written by Peter Hoare, Standing Up, Falling Down is unmistakably a comedy – but it is also packed with a ton of heart. It’s a story about second chances and redemption. There is something in it that everyone can relate to – whether it’s Scott’s past relationship struggles with Becks (Eloise Mumford), or Marty’s strained relationship with his family. Or Scott having to deal with disappointing his father, who wants to decide his life for him. The movie is real and relatable, making it easy to connect with the characters.

As to be expected from two of the funniest comedians of their respective generations, Schwartz and Crystal have a great dynamic that’s cause for many laughs throughout the film. In what otherwise could be considered just another sad story, the two of them inject an energy which brings it to life with joy and hope. Schwartz has never been better, in a breakout role which sees him taking an impressive dramatic turn. And this is the return of the legendary Crystal, who we all know and love. It’s so good to have him back here.

Sometimes life throws you a curve-ball – but can just as quickly give you what you need. For Scott and Marty, it’s a friend. They both are looking for a second chance at happiness, and the film makes a wonderful case for why they both deserve it. With a set of fantastic performances, a great supporting cast, and lots of laughs throughout a journey of tears and self-discovery – this is a story that people need to see. 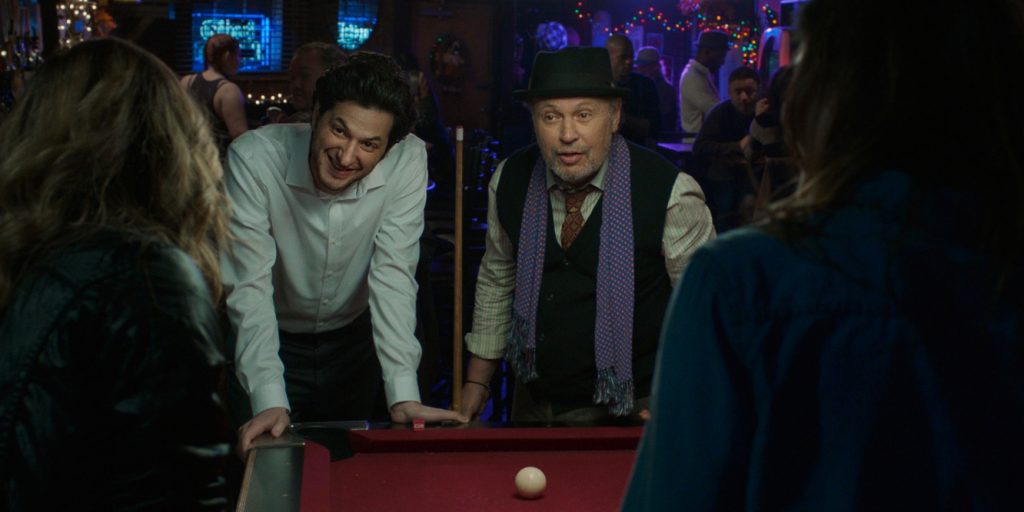