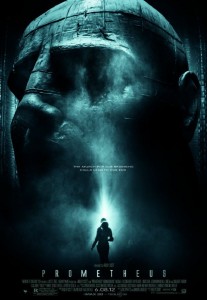 It has been 33 years since Ridley Scott directed Alien, and it’s about time that the director returned home to a genre he knows so well.  Luckily for us, special effects and technology have come a long way since then, and Scott was given the resources needed to make an incredible looking film.  Michael Fassbender says in the film, “Big things have small beginnings,” yet nothing seems small about Prometheus.

The year is 2089, and Dr. Elizabeth Shaw (Noomi Rapace) and Charlie Holloway (Logan Marshall-Green) are searching for the answer to the question: “where do we come from?” As they travel around the world they uncover similar markings shared between civilizations who had no contact and nothing in common.  They believe that these symbols are invitations from our “engineers.” Their findings are enough evidence to convince Peter Weyland (Guy Pearce) and the Weyland Corporation to fund an expedition to a distant moon called LV-223 to try and find some answers. Their scientific ship for the mission, Prometheus, is comprised of captain Janek (Idris Elba), Weyland Corp. Employee Meredith Vickers (Charlize Theron) to supervise the mission, an android named David (Michael Fassbender), botonist Milburn (Rafe Spall), geologist Fifield (Sean Harris) and pilots Chance (Emun Elliott) and Revel (Benedict Wong).

From the moment the film opens, you know that you’re about to watch something big.  Prometheus has a great tone, and the cinematography is beautiful from the get-go.  Ridley Scott takes us to the same world that he envisioned over three decades ago, and finally has the chance to show us that there is more to his creation.  One of the things that is unique about the film is that it takes a philosophical route, posing questions of human origin that you rarely see in a Science Fiction movie.  Prometheus really has two parts: the first something Kubrick-esque, recognizable from the moment we enter the vessel for which it was named. And the second part is what tells us that we are watching a film that is deeply rooted in one of the best Sci-Fi movies of all time – Alien.  But even with what seems to be two different types of movies half-way through – it works. And it works well.

Penned in part by Damon Lindelof (LOST), the screenplay is teeming with the mystery we have come to know and love from the beloved television series of yesteryear.  The story is fascinating, and keeps you on the edge of your seat from beginning to end with an endless amount of questions – something Lindelof is very familiar with. Whether or not the film is a direct prequel to Alien is a bit of a mystery, so I won’t spoil it for you.  But we do know that it takes place in the same world as Scott’s famous space-thriller, yet 29 years before we meet Ripley and crew in 2122. So needless to say, it is helpful to have seen its predecessor – although not necessary to enjoy this film. 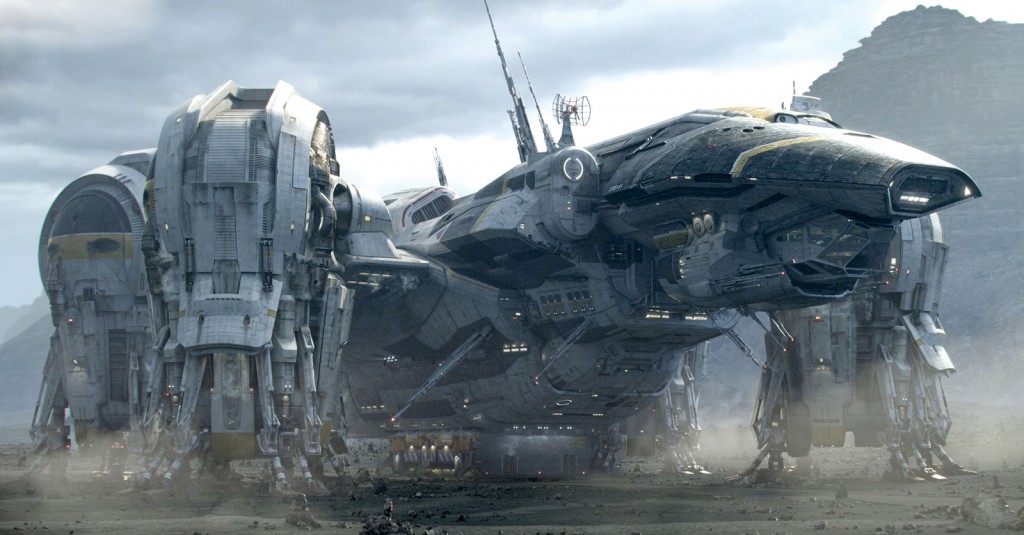 The inside of the vessel Prometheus is an incredible sight to see. The attention to detail on the futuristic ship is great, and the filmmakers spared no expense to make it look like what you would imagine it to be.  I feel like I could have toured it for hours and been entertained enough if the whole movie took place on-board (although, most of it does and it’s great). You can tell there was a lot of influence from Stanley Kubric’s 2001: A Space Odyssey on the ship, as well as other parts of the film, which Scott gladly admits.

Noomi Rapace is great in the lead role as Dr. Show. It’s great to see her break out from her role as Lisbeth Salander in the Swedish ‘Girl with the Dragon Tattoo’ trilogy, and continue to get mainstream roles in American films. Her and Logan Marshall-Green’s character Holloway, who both share a romantic relationship,  have great chemistry together.  It is also fun to see them butt heads with Charlize Theron’s character Meredith Vickers in a science vs. business kind of way. 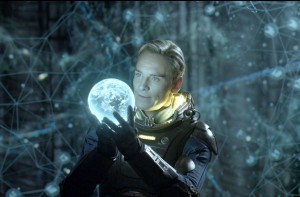 Michael Fassbender as David in 'Prometheus'

The entire cast is great in the film, but the one stand-out who I can’t fail to mention is Michael Fassbender.  His performance as the android David is brilliant, and probably one of the most likable in the film.  He plays the “robot who wants to be human” part so well, and his portrayal of the character is fantastic in every aspect. David watches classic films and studies for endless hours to try and appear as human as possible.  You can’t help but to feel sorry for David, seeing as he will never achieve his goal completely.  But no matter what he is up to, it’s hard not to love the character.

If you are a fan of Sci-Fi, it’s hard not to have a great appreciation for Alien. But with as much love as I have for the classic film, I have to say that Prometheus takes things to a whole different level. I’m sure that a lot of it has to do with the time difference, and the resources available to director Ridley Scott. In any case, this film is larger than life, and does a great job exploring the world of Alien in a way I never imagined we would see. If I may be so bold, this is one of the best action films of 2012, and is a must see if you are a science fiction buff. With all of the hype and anticipation, I can gladly say that Prometheus lived up to and exceeded all expectations.

Prometheus is an A