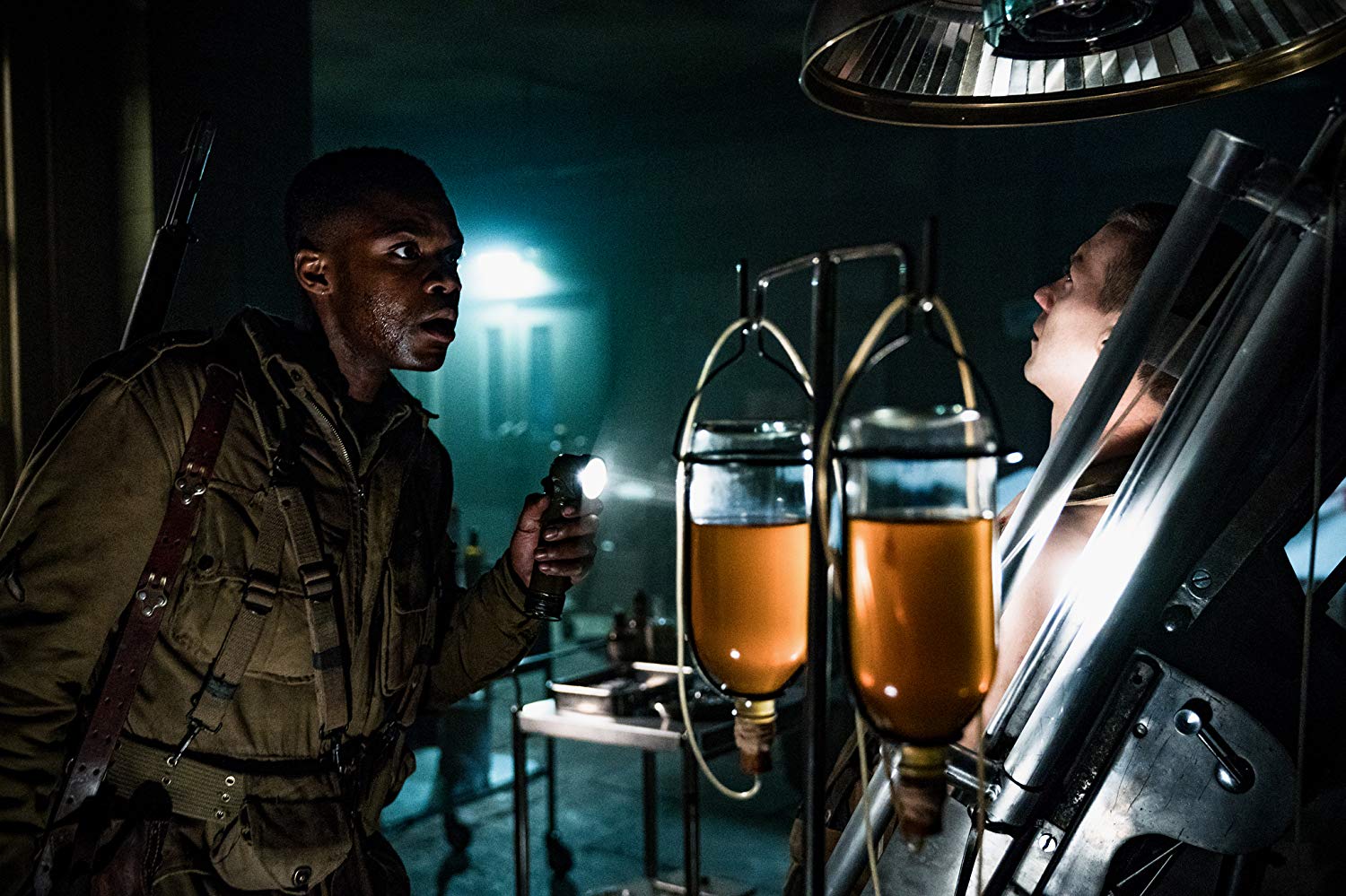 Zombie Nazis. That is all.

[Edit] Okay, so apparently, according to my editor, I can’t just write a five-word review. I’m sorry, I thought this was America.

[Edit 2] And apparently my paycheck’s getting docked for this one.

Anyways, Overlord. I remember hearing the rumors starting late last year/early this year that JJ Abrams was producing another film in the Cloverfield franchise set during World War II. Well, turns out that rumor was only half-true, as Abrams later confirmed that this was a completely separate project.

So, instead of getting Allied troops fighting an alien monster, we get Allied troops fighting off Nazi Zombies, which isn’t a bad trade-off, really. There’s actually quite a bit of entertainment media that’s dabbled in this topic: the Wolfenstein game franchise features Nazi experiments on the undead and creating super soldiers, and Call of Duty also has a Nazi Zombie mode, while several other films have been made using the premise. 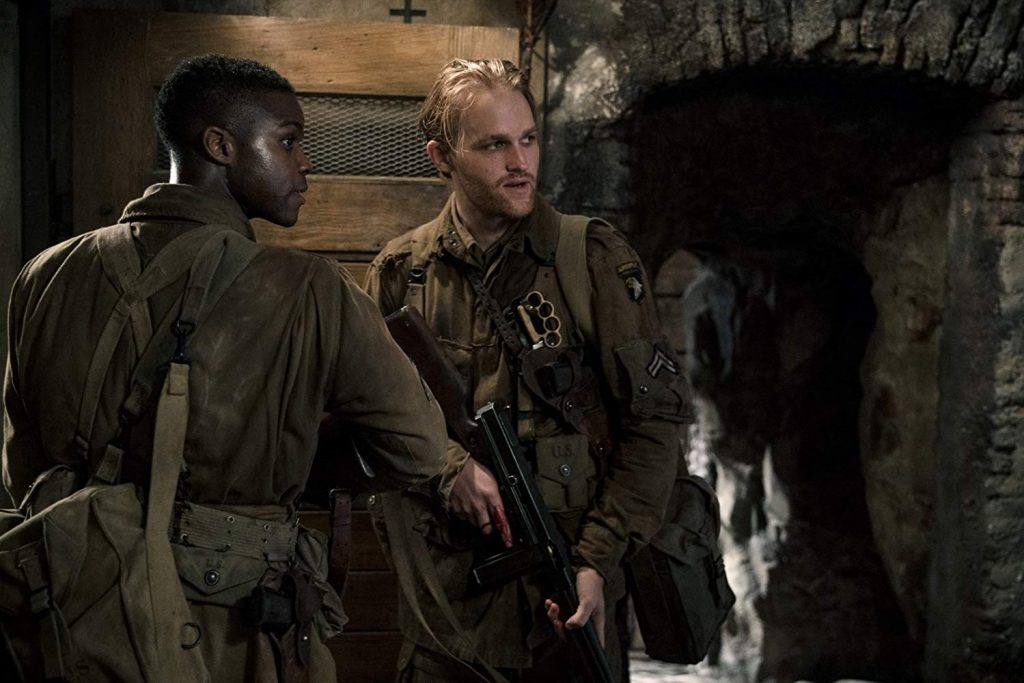 Set during the nascent stages of Operation Overlord (hence the name), the film centers around the attempts to destroy a radio tower, which is key to bringing down the air defenses around Normandy. The opening scenes of the film introduce us to the main cast, which is pretty full of standard tropes. Private Boyce (Jovan Adepo) is the quiet protagonist, slow to take life but quick to instill moral weight into a situation. Corporal Ford (Wyatt Russell) is the ranking enlisted man, tough as nails, dedicated to completing their objectives. Tibbet (John Magaro) is the comic relief who comes through in the clutch, and so on. There isn’t much in the way of depth, but that’s essentially by design; Overlord is basically two films stitched into one, and once it gets going, there isn’t a lot of time to breathe or for insignificant things like character development.

It isn’t until the movie’s about halfway through that we really start to see the horror/sci-fi aspect of the film. Up until that point, we’re given a fairly straightforward war film. As the small squad attempts to infiltrate the village with the help of a local woman, Chloe (Mathilde Ollivier), an obvious love story begins to build between her and Boyce. Nazi stereotypes are further ingrained into our heads when we’re introduced to the main villain, Wafner (Pilou Asbæk). There’s no charismatic Hans Landa in this film; Wafner’s there as the stereotypical evil Nazi, there only to be exterminated.

Just as quickly as the jump scare prevalent throughout the movie, the film transitions to a horror/survival B-movie when the squad finally infiltrates the church in which the radio station is located. Doubling as a secret lab in which the Nazis are experimenting with reanimation/creating super soldiers to serve the Third Reich, the castle becomes a point of contention between Boyce and Ford, who argue whether they need to destroy the lab. 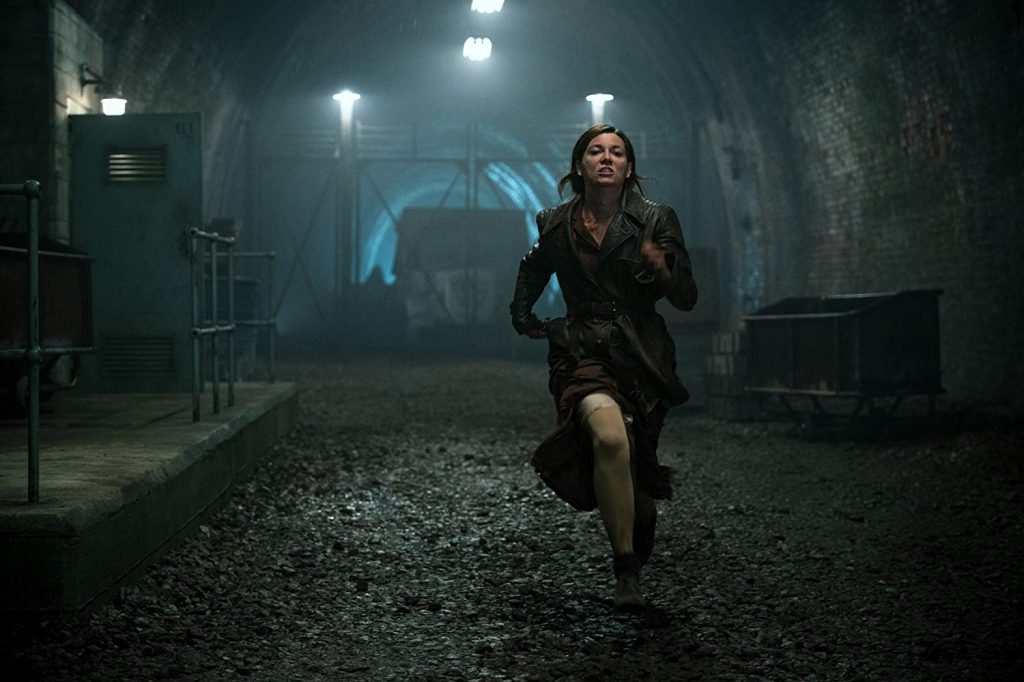 It’s essentially a bloody fight the rest of the way. It’s not like a drenched gut-fest or anything like the torture porn films prevalent in the 2000s, but what we’re given in the second half is a fast-paced, stark contrast to the suspense of the first half, when the squad has to inch its way through minefields and avoid Nazi detection. Instead, we’re given Ford engaging in an all-out slugfest with zombie Wafner and Chloe using her wits and weaponry against some of the other Nazi monstrosities. It’s a fantastic example of a campy B-movie with a big budget, so if you’re into that, this is right up your alley.

On the other hand, if you’re looking to be genuinely scared, Overlord is likely to disappoint. There are some great building moments of suspense throughout the movie, but for the most part, it becomes overly reliant on all-too-predictable jump scares. My buddy Dusty who went with me also pointed out that there are also some long moments of tedium that likely could have improved the overall pace if they’d been cut.

All in all, it’s a pretty uneven ride. If you look through the lack of depth and can overcome the pacing, you’ll find a pretty entertaining ride. I mean, let’s be real, who wouldn’t want to see Nazis be on the receiving end of a flamethrower?

Overlord gets a B- 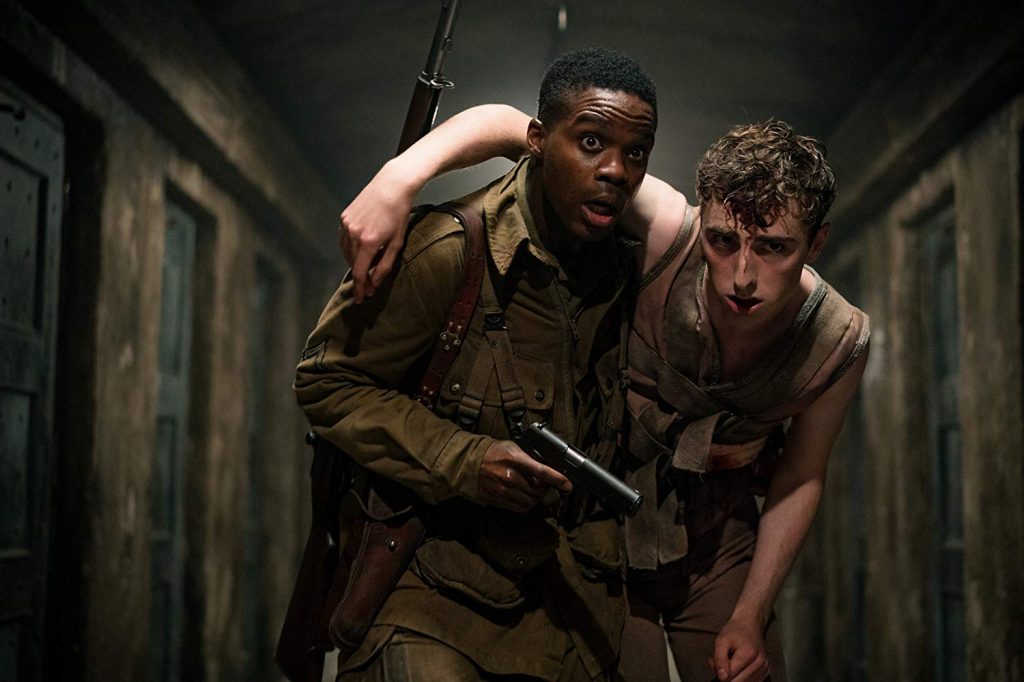