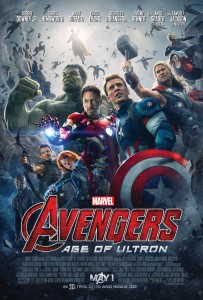 It’s hard to believe that just a decade ago a cohesive cinematic universe around existing comic franchises seemed like a pipe dream. Sure, heroes like Spider-man and X-Men had found success on the silver screen, but had stuck largely stayed confined within their own universes. Their source material was packed with hero upon hero, and myth after myth. Audiences were gobbling up superhero franchises to the tune of billions of dollars, but much of the lore stayed hidden behind contractual disputes and lack of vision. Then comes 2008 and the release of Iron Man. The character itself wasn’t the household name like previous heroes who made large film debuts, but the flair and humor of director Jon Favereau and a career saving performance from Robert Downey Jr. caused Iron Man to be one of the highest grossing superheroes of all time. At the end of the film Marvel hinted at what was to come with an end credit scene featuring Samuel L. Jackson as the mysterious Nick Fury and his talk of something called the Avengers Initiative. Here we are now, just a mere 7 years later, and Marvel has expanded it’s roster and packed it’s release slate full of heroes. The first Avengers debuted to huge commercial and critical success, and propelled the smaller properties into the stratosphere. We’ve gone deeper down the rabbit hole than even the most optimistic person would have guessed a decade ago. Is Marvel making another step towards being the dominant producer of superhero cinema?

Age of Ultron starts with a large action set piece, where the team moves against Baron Von Strucker, a minor villain who was introduced in an after credit scene in a previous Marvel film. The team easily dispatches a large Hydra force, but is thrown for a bit of a loop when two other superhumans make an appearance. The brother and sister combo of Wanda (Elizabeth Olsen) and Pietro Maximoff (Aaron Taylor Johnson), Scarlet Witch and Quicksilver respectively, are the creation of Strucker and Hydra. The two play havoc against the team throughout most of the first half of the film, only to assume their mantles as Avengers at some point in the film.

Upon reaching the Avengers Tower post-mission, we see a well oiled team that is comfortable with each other. Capable of sharing light moments easily. It’s a team that still has its secrets, as Bruce Banner (Mark Ruffalo) and Tony Stark (Robert Downey Jr.) quietly embark on using Loki’s captured scepter as a jumping off to point to creating a world saving AI. This AI, codenamed Ultron, is created with the intention of making the Avengers obsolete. Stark describes the potential AI as a suit of armor for the Earth, capable of stopping invasions like the one they saw in the first film. Unfortunately for all, when Ultron (James Spader) awakes, he sees the only way to peace as the destruction of the Avengers, and eventual annihilation of the human race. The team must struggle for survival against a foe far smarter than they’ve encountered before.

Among the main plot thread are numerous sub-plots involving infinity gems, Hulk-sized romance, making Hawkeye a relevant team member, and more. The meat of the plot is pretty fascinating, with Spader’s Ultron being the centerpiece. Spader’s anti-Stark AI combines much of the levity Downey Jr. brings to his role, with a tinge of maniacal madness.  When given the proper focus, Ultron is a villain who is compelling to watch, and steals the show whenever on camera. Unfortunately, the movie diverts to its sub-plots too often, destroying the momentum of its main story, and giving the film an overcrowded feel at times.

Director Joss Whedon is once again at the helm of the film, and manages to inject a fair amount of humor into the film. It’s hard to blame Whedon completely for the some of the failing points of the film though. Much of the momentum of his story is sucked away by plot elements meant to foreshadow events 2 or 3 films away. Marvel Studios has gotten so ambitious with their over-arcing plot, that they’ve sacrificed too much of their current story. Sure the nerd/geek in all of us lets out a little squeak of joy when we see something we recognize, but when it comes at the expense of the film you are currently watching, it’s a bit tough to take.

That isn’t to say all the sub-plots are jarring to the story. Hawkeye (Jeremy Renner) is made a relevant character for the first time since showing up in 2011’s Thor. Whedon and company finally get the talented Jeremy Renner a bit of screen time, and more importantly a sense of humanity. Hawkeye (and to some extent Black Widow) is a mortal among gods. Sure, he’s an elite athlete, but on the power scale he’s easily the weakest Avenger. The film gives him a purpose, and sets him up as somewhat of an anchor to the team. It’s unlikely that we’ll be seeing a standalone Hawkeye film anytime soon, but it’s refreshing to see he isn’t a throwaway character anymore.

Marvel fans will still be happy with this entry. Story might be sacrificed at points, but never at the expense of action. There’s more action in this film than the first, and the action scenes are large and well paced. Marvel is still smart enough to know that people pay to see superheroes using superpowers.

There is a lot of good things to say about Age of Ultron. Sure, it isn’t anywhere near the best entry in the Marvel cinematic universe, but if it were any other franchise it would have praise heaped upon it despite its flaws. The bar has been set very high, and they might not have reached it this time, but who is to say they can’t clear it on a future entry?