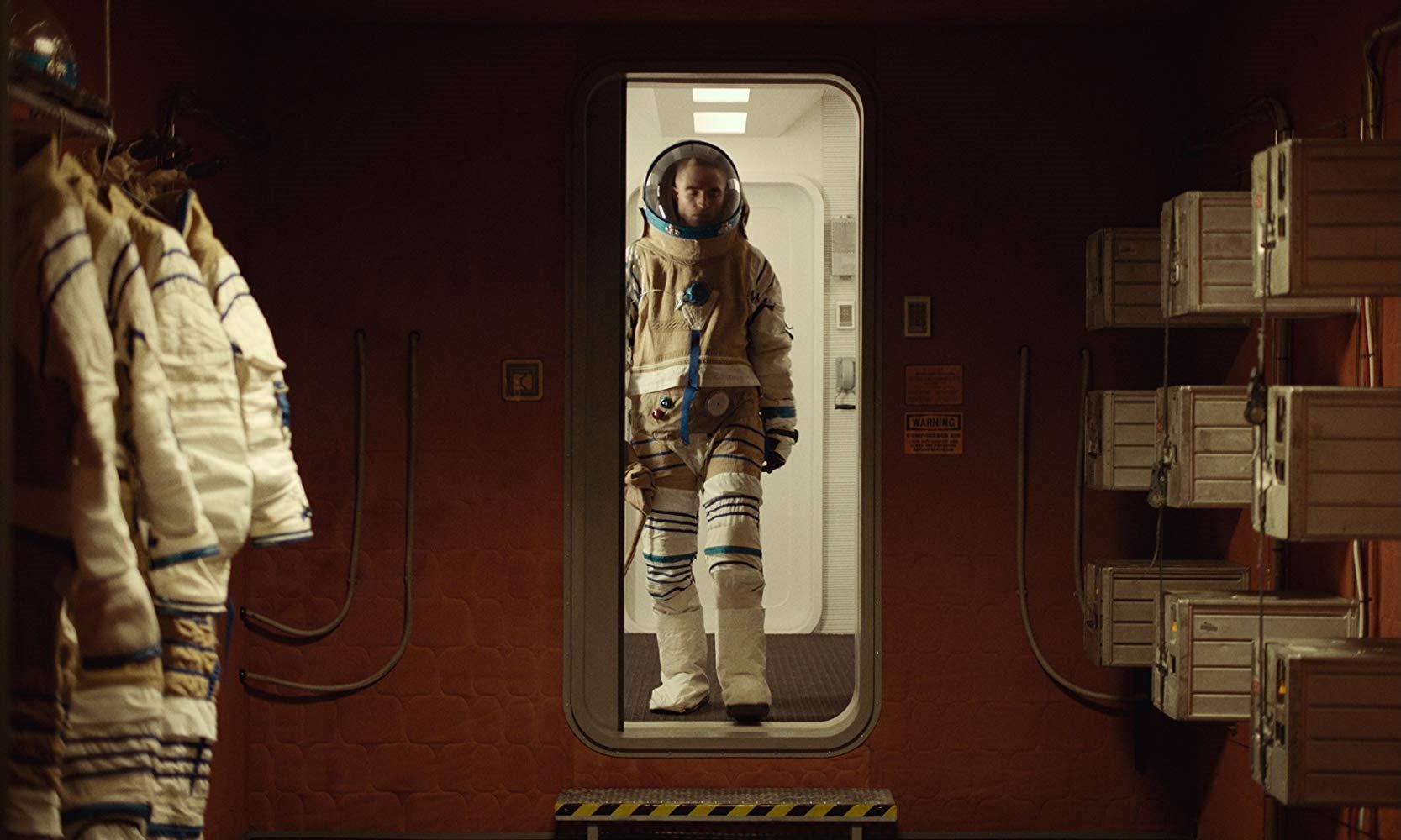 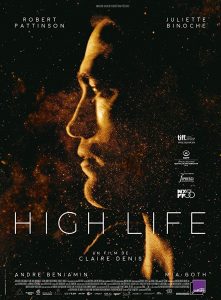 When High Life begins, there’s already an ominous feel as to what’s going to happen during its 110-minute runtime. The score is haunting. The halls of this spacecraft are barren while the only sounds being heard is a baby cooing while watching flashes of television. The film cuts to Robert Pattinson outside the spacecraft as he’s fixing some sort of panel while communicating with his child over a baby monitor. French director Claire Denis sets the groundwork to allow the viewer to begin wondering what exactly is going on and why are these the only two people aboard this spacecraft….but the road to finding out isn’t for the squeamish.

I’ll say it up front, High Life definitely isn’t for everyone. While the film is visually compelling in a lot ways, Denis doesn’t hold back on subjecting the viewer to some intensely graphic imagery. Had I read the rating description prior, perhaps I’d have been a little more prepared for “disturbing sexual and violent content including sexual assault, graphic nudity, and for language.” Though after all of that, I think language deserves a pass.

Pattinson is surprisingly good as Monte, despite being relatively quiet throughout the film. His dedication to raising his adorable daughter in their dire circumstances of isolation is inspiring and the heart of the film. Denis is very careful in sprinkling in details as to how they survive to appease the viewer’s curiosity and does so with such mastery. 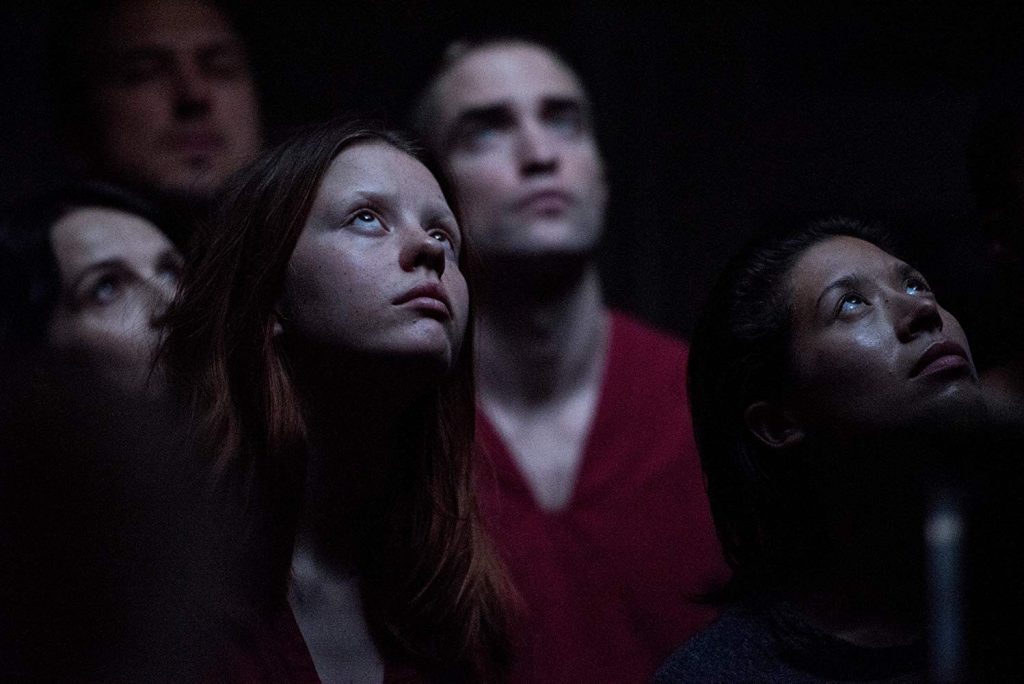 It’s when the film cuts away from Monte and Willow’s story and into a wild second act of following a “reproduction-obsessed” (see: sex-crazed) Dr. Dibs (Juliette Binoche), that the film turns into somewhat of a visceral nightmare. The viewer learns that there was once an entire crew of death-row bound inmates on this shuttle on a highly dangerous mission to the outskirts of our solar system, but Dr. Dibs also had her own sinister agenda as well. Because of such, we’re introduced to more bodily fluids throughout the second act than I was prepared for – the lot of which comes from a special room we’ll just abbreviate to the “f-box” which was just the tip of the iceberg of unsettling things to come.

It’s difficult for me to determine how much I liked High Life by its end. On one hand, Denis was masterful in dropping in details throughout the film and keeping the viewer just a hair behind so he or she could try to put the pieces together themselves, which is the kind of filmmaking I thoroughly enjoy. On the other hand, however, I was so taken aback by the multiple counts of disturbing imagery that it’s been lingering with me for a few days, which I guess can also translate to the film doing its job.

As I sat quietly during the credits, a few of us chuckled at the credit of “Cosmic Companion” for Aurélien Barrau. As it turns out though, the very next day after screening the film, NASA released the first ever picture of a black hole and it was virtually identical to what is seen in High Life which was shot well over a year ago. I guess the joke was on us. 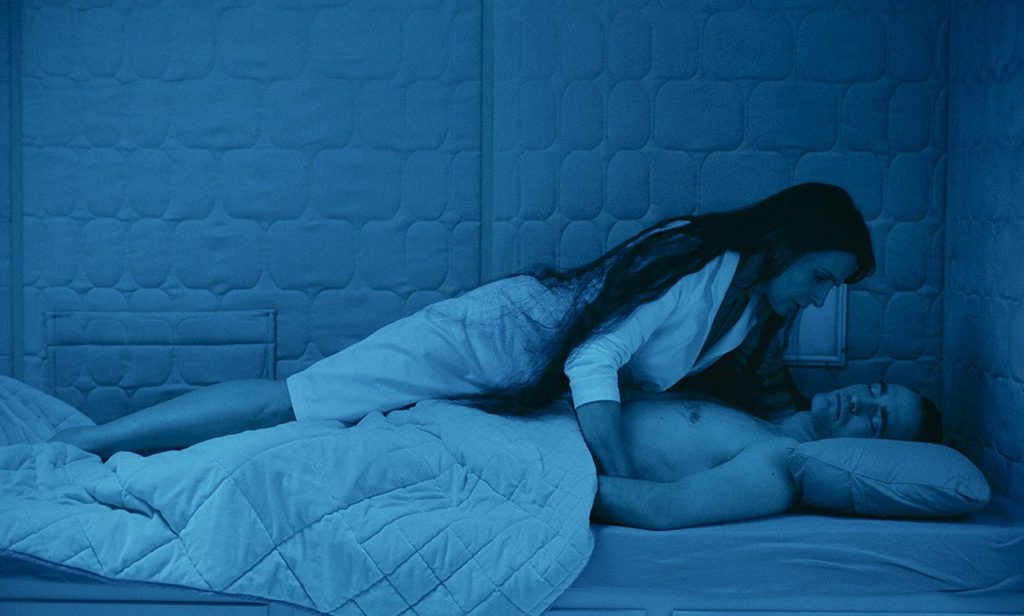