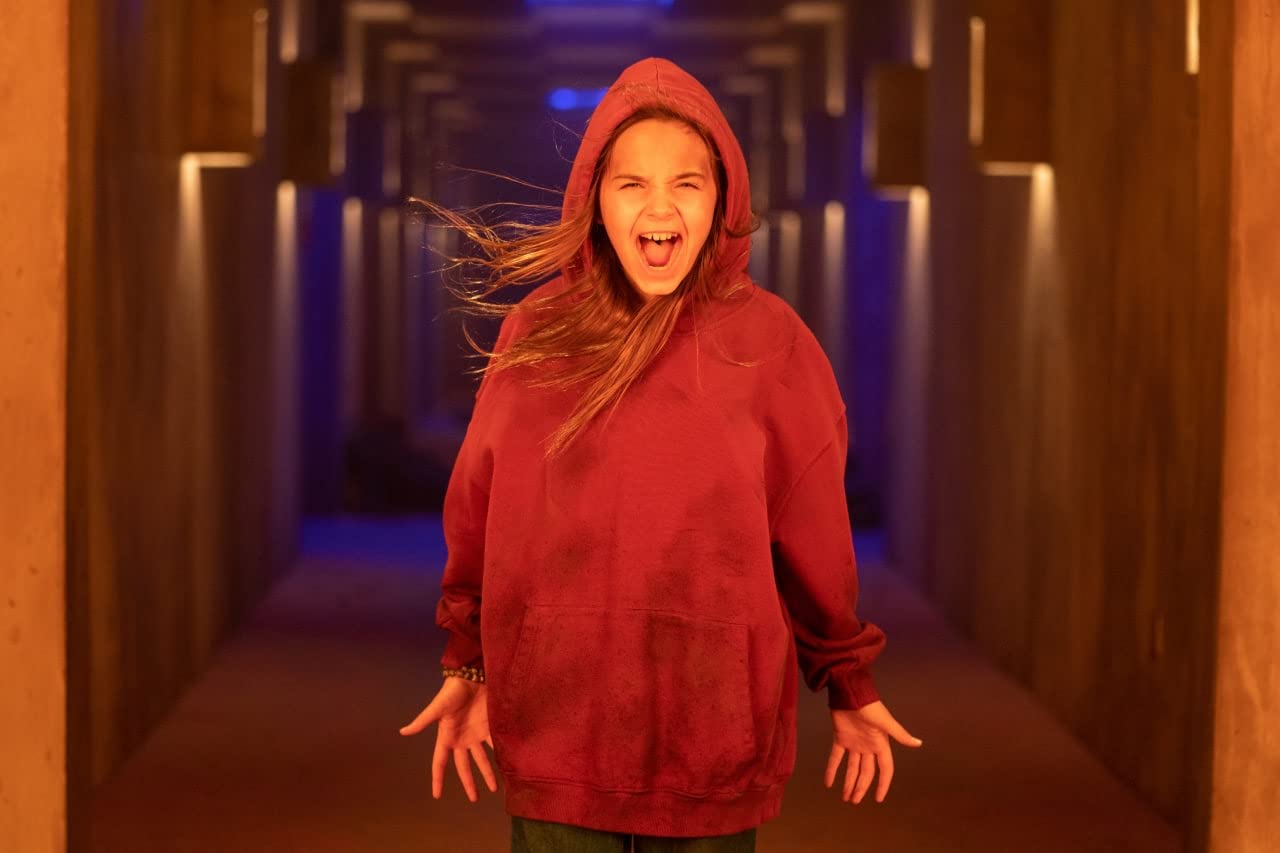 Hell hath no fury like a pyrokinetic child separated from her parents and on the run.

The latest remake to come from Hollywood is Firestarter, hailing from director Keith Thomas. The film, a remake of the 1984 film, is based on Stephen King’s novel of the same name. Following Andy McGee, his wife, and their daughter – we see a family full of secrets on the run from a secret government agency called DSI. Andy and his wife were subject to what was concealed as a drug trial in their earlier years, resulting in the couple developing supernatural abilities.

After escaping DSI their daughter, Charlie – who has possessed her abilities since birth – is pyrokinetic: meaning she can create, manipulate, and control the qualities of fire, simply with her mind. On the run from the agency they once escaped, Andy and his family must dodge the limelight and keep running before the DSI catches them, and with Charlie unable to control her abilities, the task is quite challenging.

The original film, which saw Drew Barrymore as the young Charlie, helped launch her wildly successful career following her appearance in ET The Extra-Terrestrial. This 2022 remake sees a new young actress take up the mantel in Ryan Kiera Armstrong. At just 12 years old, the actress already has some pretty impressive film and television credits, specifically in the horror and sci-fi genre. Playing the role of her father Andy is Zac Efron. The film also sees supporting roles portrayed by Sydney Lemmon, Michael Greyeyes, Gloria Reuben, and Kurtwood Smith.

Technically labeled as a horror flick, this is certainly one of my favorite stories from Stephen King. While it has horror elements, it definitely teeters on the edge of science fiction and has quite the feel of a thriller. I can see the push for this specific story to be retold in today’s cinematic world where science fiction and the idealistic formatting of a superhero story are the giant box office successes. However, I think so much more could have been put into this project. Coming from Blumhouse, the expectations are already high. I’m not saying they hit their mark every time, but when they do, they stick the landing.

The special effects at times were really visually pleasing while other moments, it seemed like the CGI fire you see in a low-budget network series. The consistency that was lacking in that department really pulled the viewer out of the element. The performances from Efron and Armstrong were great. Their chemistry of father/daughter was fantastic and the film’s portrayal of Andy’s character from the novel were explored more in this film than the original. And, most know a text from King is a pretty thick and heavy read. With its runtime just over an hour and a half, I did feel that the story was able to be told wholesomely.

I felt the film was complete and it did manage to hold my attention throughout, but the kindling it needed just wasn’t quite there. With its ending, I did see potential for the story to continue. Albeit that would depend entirely on its performance, I don’t see the film finding a sequel. But, never say never, as the original film saw a straight-to-video sequel years after its release. I am further curious to see what other titles from the author that Blumhouse could tap into, as the potential is definitely there. Compared to the third remake of King’s Carrie in 2013, I found Firestarter to be executed much more precisely. The film is now out in theaters and is streaming exclusively on Peacock.