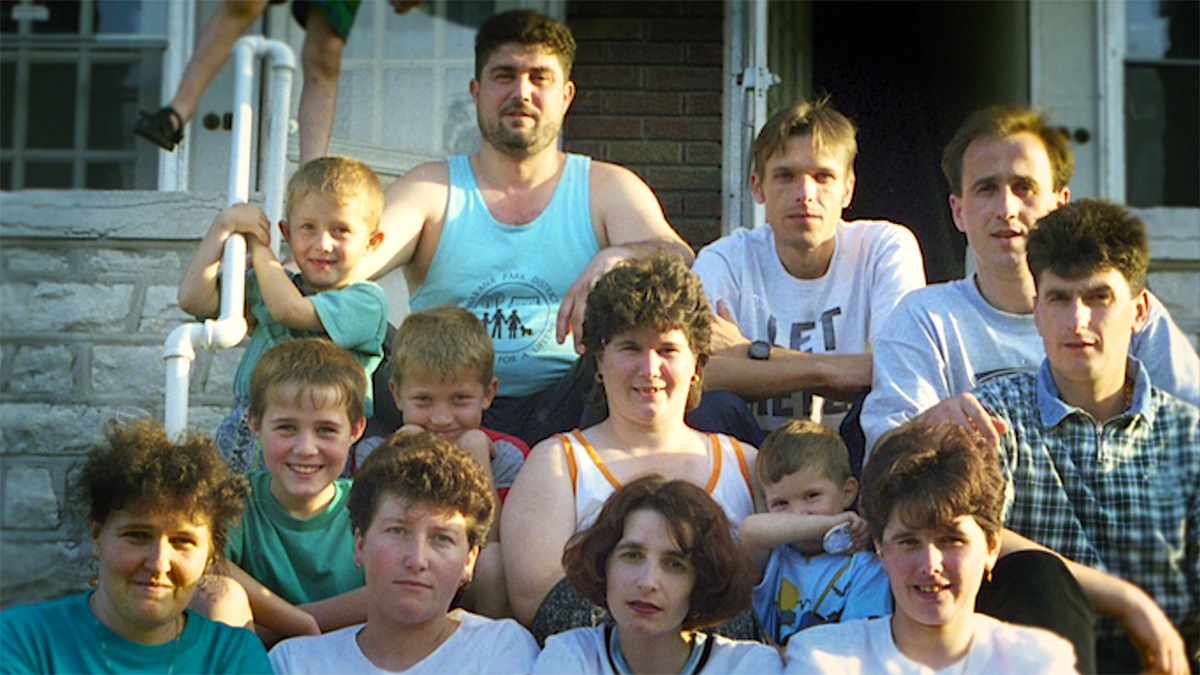 Joseph Puleo is once again exploring the impact of immigration in St. Louis. Much like his previous film, America’s Last Little Italy: The Hill, his latest, A New Home examines how Bosnian immigrants built a community in the Gateway City that provided them with a brighter future.

Screening at the 22nd Annual Whitaker St. Louis Filmmakers Showcase, A New Home focuses on the Bosnian refugees who have been arriving in St. Louis since the early ’90s following the collapse of Yugoslavia’s communist regime. Fleeing St. Louis to escape the tragedies of their native land, their journey was not easy. These brave refugees endured a brutal war, a frustrating bureaucracy, and an uncertain future as they sought sanctuary from hatred and cruelty.

A New Home peels away the complexities of the Balkan conflict that left the region with three new states, Serbia, Bosnia, and Croatia. As these new countries emerged, festering clashes intensified, leading to a violent war, and eventually, a form of genocide called “ethnic cleansing.”

Once again Puleo has made a powerful documentary that looks beyond the statistics and numbers, giving viewers a first-hand account of the war and the refugee crisis, it created. While graphically detailing the plight of these refugees in heart-wrenching clarity, the director never loses sight of their dignity, allowing him to amplify just how much moving to St. Louis was a matter of life and death for them.

Puleo also profiles how the Bosnian diaspora to St. Louis resulted in the city becoming a new home to more displaced Bosnians than any other city in the world. While exact numbers are unknown, it is estimated that more than 75,000 Bosnians have arrived here over the last three decades.

Settling in the dilapidated Bevo neighborhood, this new community planted roots by refurbishing forgotten houses, opening new businesses, and finding jobs to help them transition to life in their new home. Rejuvenating a neighborhood that once served as an adopted home for German immigrants, these new residents contributed to the city’s sagging tax base while also allowing locals to experience their culture. In addition to providing economic heft to the region, the Bosnians who settled here helped make St. Louis a more diverse city.

The film also explores the very different perspectives our residents have about living locally. As the city again struggles with a myriad of issues, including suburban flight, which has again created a population shift, many Bosnian families are now leaving the city to settle in South St. Louis County.

A transformative history of St. Louis’ Bosnian community, A New Home is a poignant documentarythat offers insight and hope for a city looking to strengthen its communal bonds.

In addition to containing stories of heroism and personal recollections of those who made the perilous trip to St. Louis to start over, it confronts how our communities move forward with Confronting the issues of immigration, education, and economic equality.

To guide us through the lives of these new citizens, Puleo uses excellent storytelling from local authorities, civic leaders, and Bosnian immigrants. Also featured is Anna Crosslin, the former head of the International Institute, who helped spearhead resettlement efforts. Also featured is former St. Louis Mayor Francis Slay who presents a candid analysis of the past, present, and future of refugee migration to the city.

Part of the 22nd Annual Whitaker St. Louis Filmmakers Showcase, A New Home screens at 5 pm on Sunday, July 17th at Brown Hall on the campus of Washington University. Director Joseph Puleo will be in attendance for a Q&A. For more information visit  cinemastlouis.org/st-louis-filmmakers-showcase.