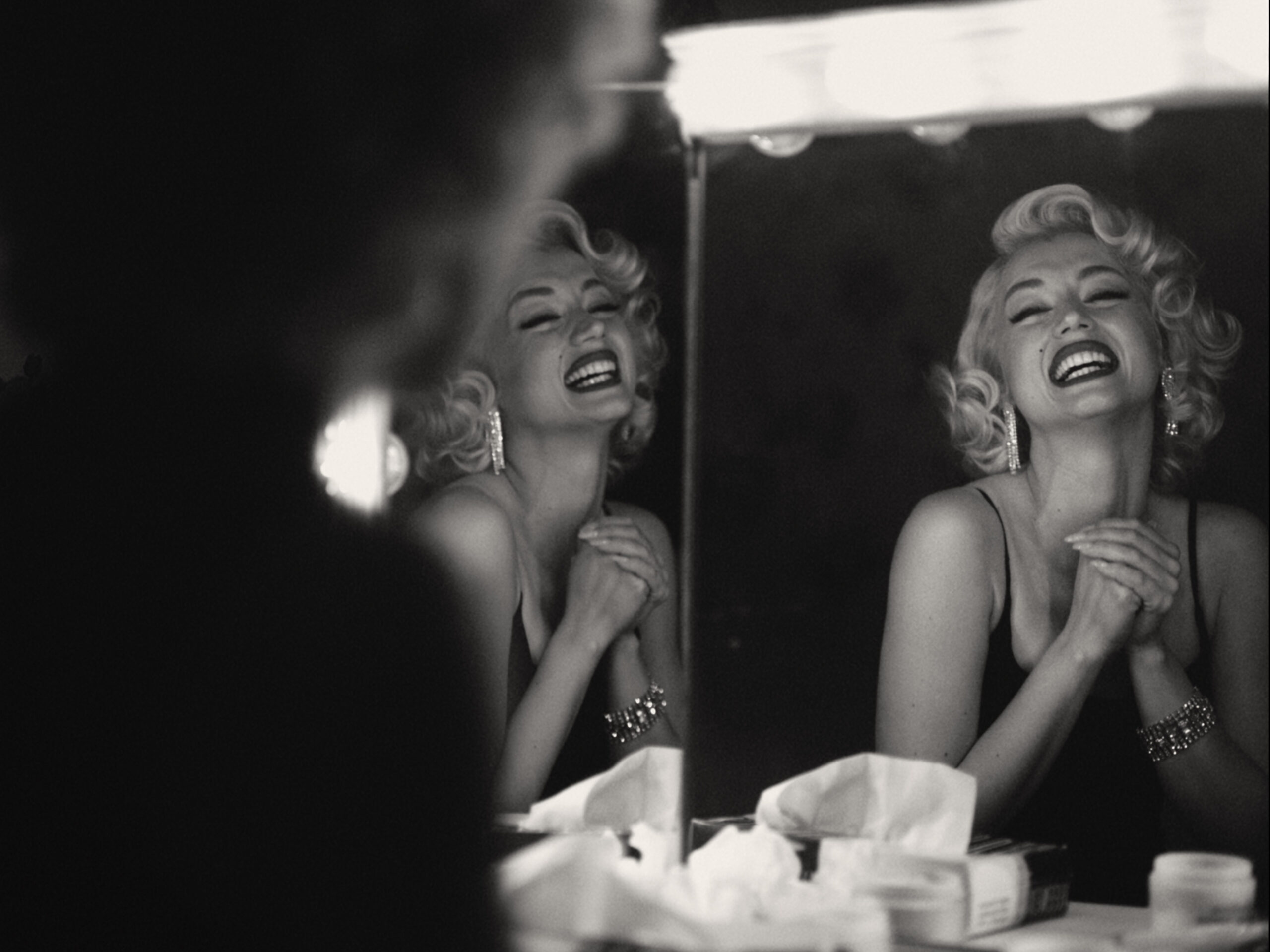 Directed by Andrew Dominik (The Assassination of Jesse James by the Coward Robert Ford) and adapted from Joyce Carol Oates’ novel of the same name, Blonde is an uncomfortable look into the life of one of Hollywood’s most iconic leading ladies – Marilyn Monroe.

While this fictionalized, sensational account of the actor’s life does make you squirm throughout, that’s exactly the film’s intention. It’s heartbreaking, tragic, and difficult to watch – but imagine living life that way in the spotlight. We see Norma Jean Baker (Marilyn’s baptized name) endure a series of abuses from a young age up until her death at only 36. Marilyn is presented as a persona invented to sell tickets – one which Norma struggled with for most of her life.

This is the Ana de Armas show from beginning to end, with no doubt the most incredible performance of her career. The actor disappears into the role and becomes Marilyn, from the look and body language to the way she speaks. It’s an extremely impressive portrayal, and all the more haunting as we watch the iconic sex symbol suffer for nearly three hours.

This is not an easy watch, and viewer beware, there are many triggering events throughout the film: watching young Marilyn (Lily Fisher) suffer abuse at the hands of her emotionally unstable mother (Julianne Nicholson), enduring sexual abuse from studio heads, physical abuse from her ex-husband (Bobby Cannavale) – and having the right to her body stripped away through forced abortions. Her humanity and well-being are only considered after whatever it takes to make her the biggest star in Hollywood.

Adrian Brody plays Arthur Miller in the first relationship that looks like she might have a real shot at happiness in her personal life. Brody is great in the role, conveying the love the author had for the actress. And it’s heartbreaking to watch things fall apart for them.

Amidst the tragedy, we’re transported to another time and place through the dazzling costumes and production design, combined with hair and make-up that feels authentic to Hollywood’s golden age. Paired with stunning cinematography by Chayse Irvin, we’re roped in by the glitz and glamour – only to have the rig pulled out from under us when we realize at what cost. Tense, anxiety-inducing, and claustrophobic filmmaking is what follows.

Blonde challenges viewers throughout its lengthy runtime, which is filled with difficult-to-endure imagery and troubling subject matter. Yet it’s an eye-opening look into what so many have suffered in the name of fame, and the way women’s bodies and rights are still being stripped away to this day. An incredible performance and unique take on the Hollywood biopic make it all worthwhile.

Blonde is now streaming on Netflix.