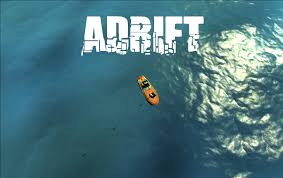 Adrift stars Shailene Woodley (The Descendants, The Fault in Our Stars) and is the a story of love and survival as she and her fiance get stranded on his boat in the middle of the Pacific ocean on a voyage from Tahiti to San Diego. It’s a true story actually, in which I wouldn’t advise Googling if you want the full impact of the film.

Woodley plays Tami, a free-spirited girl from a broken home who’s evidently traveled the world working miscellaneous jobs to get her to her next destination, which is anywhere but back home to San Diego. In Tahiti, she meets Richard (Sam Claflin, whom you may recognize as Finnick from The Hunger Games), an attractive sailor who handles himself well and takes a liking to Tami, as she does to him. Woodley is as charming as ever and the chemistry between her and Claflin works. Things are great for the two lovebirds until they find a massive hurricane is brewing and there’s pretty much no way around it.

Tami and Richard’s relationship develops mostly through flashbacks because director Baltasar Kormákur (Everest, The Deep) wastes no time diving (pun intended) right into the aftermath of the hurricane hitting Richard’s boat leaving him crippled and Tami to navigate them both to safety. Although the backstory develops the relationship and characters well, the back and forth editing of past and present can be somewhat jarring throughout the film. I spent the majority of the film waiting for some kind of tension and when a hint of it would finally arrive, I’d get shuffled back to some backstory taking me back out of the moment. Kormákur does do a beautiful job framing some of the open-water shots, however, providing some wonderful cinematography throughout the film, but it’s not enough to makeup for the lack of material and tension within the rest of the film.

My biggest problem with Adrift (and stick with me here) stems from the editing and the fact that it’s a true story – not that it IS a true story, but that it was marketed as such. When a film has a tagline of “based on a true story,” I’m well aware that it could an entire fictional story based around one tiny bit of truth – but a story like this one isn’t one I would suspect to be the case (and it’s not). I had the luxury of seeing the film almost entirely blind (darn you, Solo, for including a trailer four days before!), and I was still able to deduce a meaningful revelation from the film’s opening credits in which the film basically hands the viewer the key to the rest of the movie.

Now you might be thinking, “Come on, Brad. It’s not about the destination. It’s about the journey,” which is fair. I think Tami and Richard’s story is one worth telling, but I don’t think it was told as effectively as it should have been here.