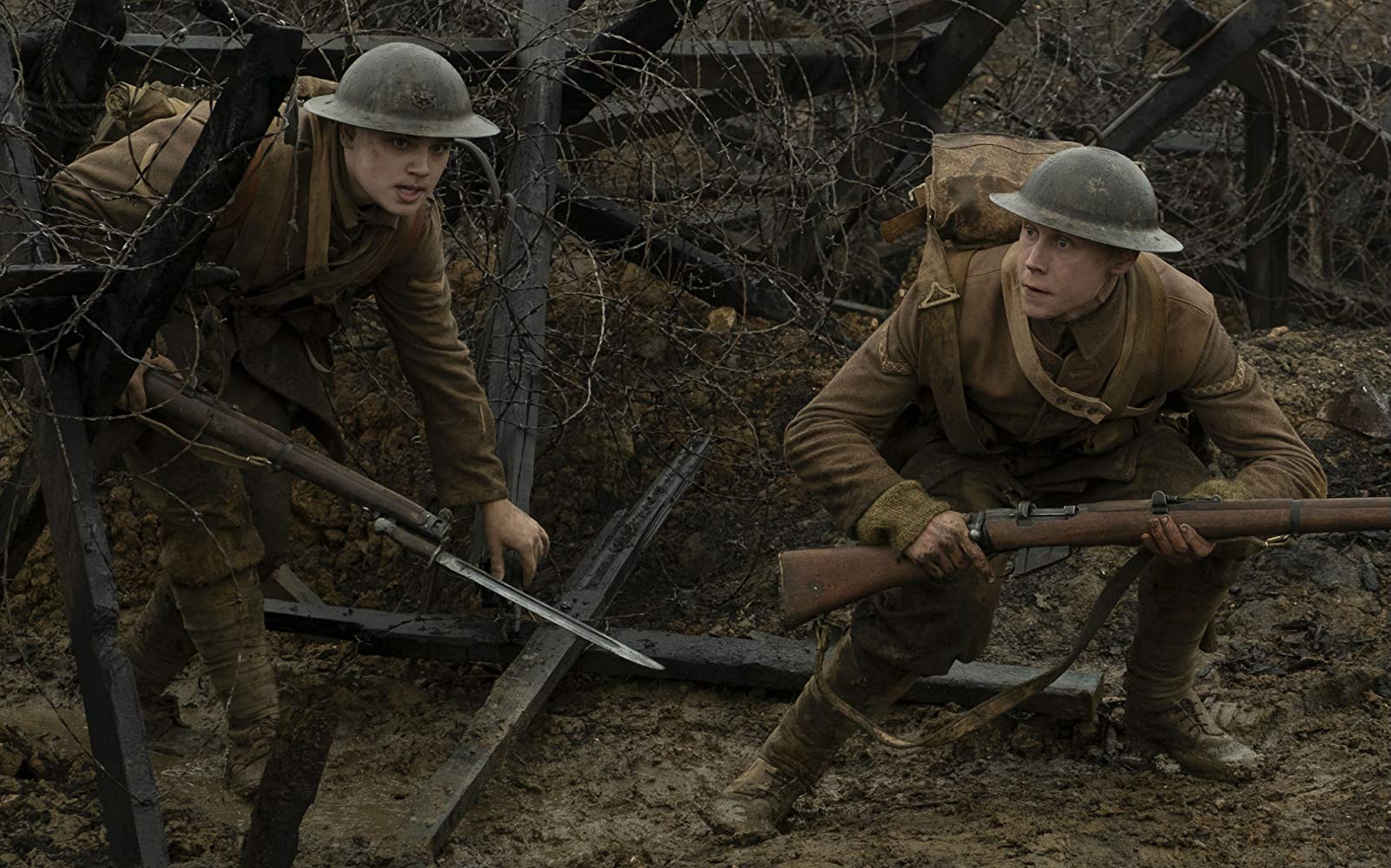 When I had the chance to screen They Shall Not Grow Old last year, I jumped at the chance. World War I is a fascinating study that’s often overlooked by many (myself included) for the war that came two decades later.

But Grow Old was a terrific look into the actual trenches of the war, showing the desperate situation millions of men on both sides were forced into, along with the tolls they were forced to pay. And yet, it was still often overlooked by audiences, perhaps because it was a documentary rather than a film. And so, the subject of World War I remains out of the spotlight for contemporary generations. Apart from the seminal All Quiet on the Western Front, which I read and watched in high school, and a few select other movies the subject of the War to End All Wars remains mostly untouched by filmmakers, especially in relation to the amount of World War II movies. 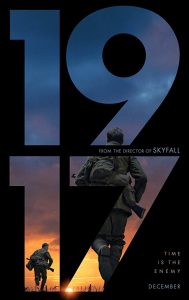 Sam Mendes aims to change that. Spurred on by a story his grandfather had told him as a child, Mendes and cinematography director Roger Deakins put forth an ambitious effort. Clocking in at just under two hours, 1917 is presented as one long continuous take to the audience. And the result is an experience that’s haunting, terrifying, and beautiful all at the same time.

The premise is pretty straightforward. Lance Corporals Schofield (George McKay) and Blake (Dean-Charles Chapman) are given an urgent mission to halt an assault that’s to take place the next day, as intelligence has discovered that the Germans are prepared to ambush the assault force. For Blake, this mission has added meaning, as his older brother is to be a part of the assault. And so they head to the front line in a race against time to get the word to Colonel Mackenzie (Benedict Cumberbatch), the officer in charge of the assault.

It’s simple enough. The complexity of the film lies in the method the story unfolds. By presenting the film as a single cut, without reprieve, as a viewer, we’re left with two hours of breathless storytelling. While there were actually several cuts in the film (Mendes said the film was comprised of takes that often lasted 6-8 minutes), they’re blended so seamlessly it’s tough to tell where all but a few of them took place.

Adding to the tension is the camera location itself. By mostly showing Schofield and Chapman head-on, we rarely see what they face ahead of them, only what’s behind them. It’s a masterful touch meant to keep us guessing about what’s coming next.

The cast does a fine job as well. I don’t think I’ve seen anything featuring Mckay or Chapman before, but they do a fantastic job. We feel their anxiety, their determination, their fear, and ultimately, their resolve. These aren’t supersoldiers who will defeat the enemy single-handedly; these are scared men, barely qualified as adults, forced into the most terrifying situation possible.

I really don’t want to reveal a whole lot about the story, as it would require a fair amount of spoilers. It’s a terrific blend of tension and drama, ultimately becoming a paradox of what most films become. Whereas the bulk of films centered around war tend to culminate in a climactic battle, the mission for the main characters in this instance is to prevent such a battle from being waged. Perhaps that’s a message in and of itself; I’ll leave that to the viewer. But I will wholeheartedly recommend 1917 for anyone interested in a masterfully-crafted story. It’s raw, it’s poignant, and it’s not easily forgotten.