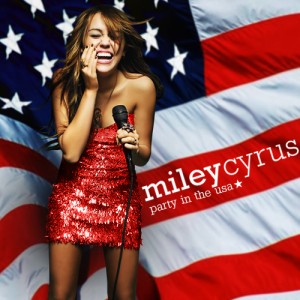 Reaffirming the thoughts of many after the release of her chart-topping song “Party in the USA,” Miley Cyrus admits in this interview that she has never heard a Jay Z song before. In the song, Miley sings:

“That’s when the taxi man turned on the radio

So I put my hands up, they’re playin’ my song”

I’m glad we finally have some closure on this extremely pressing matter. 🙂

But seriously, seems kind of lame that she has never heard a Jay Z song. I am pretty sure that she has, as it would be almost impossible to miss. Right now on the Billboard top 100 charts, Jay Z’s song “Empire State Of Mind” is two spots above of “Party in the USA” – and “Run This Town Tonight” is two spots under the same song. She is stuck right between a Jay Z sandwich on the charts – not to mention the countless other Jay Z songs that have topped the charts and taken over the radio over the years. I also think that it’s pretty funny she says that she doesn’t even like pop music and it isn’t her style.

Also during the video, when asked if she would cover “Achy Breaky Heart,” she said “no thank you.”