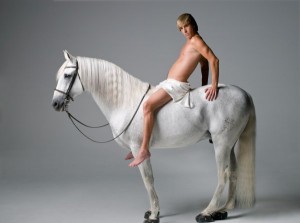 This weekend was an epic battle of man (BRUNO) vs. wild (ICE AGE: DAWN OF THE DINOSAURS) vs. robots (TRANSFORMERS: REVENGE OF THE FALLEN). In the end, man came out on top – Bruno opened at $30.4 million dollars during it’s first week, barely surpassing “ICE AGE 3” during it’s second weekend at the box office. The family friendly third movie in the ICE AGE franchise brought it $28.5 million dollars this weekend. Coming in third was Transformers: Revenge of the Fallen, at $24.2 million dollars – bringing its domestic total to $339.208 million dollars.