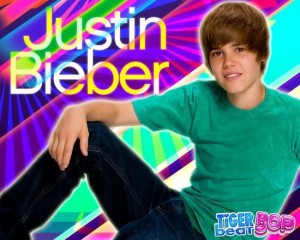 If you thought that Justin Beiber couldn’t get any less manly… surprise. You just got Punk’d.

Justin Bieber is set to debut his own nail polish line called “One Less Lonely Girl,” which is also in the running to be the title of his autobiography.  The nail polish, manufactured by OPI, will debut exclusively at Wal-Mart in December before moving on to other retailers by next February. Some of the colors that will initially be available are: One Less Lonely Glitter (lavender), Prized Possession Purple (grape), Give Me The First Dance (silver), Me + Blue (dark blue), OMB! (bright red), and Step 2 the Beat of My Heart (heart-shaped glitter). There will be 8 new colors by January.

WOW. Justin Beiber, your brand image is truly a remarkable machine. I can’t wait until you are older, and you look back at just how badly you sold out. Promoting something you use is one thing. If Albert Pujols promotes a Mizuno bat, fine. But unless I missed something, I don’t think Britney Spears put out a bejeweled jockstrap.  Enjoy the fame while it lasts… some day it will NOT be cool to own your own nail polish line. Let’s just hope he won’t be the one modeling off the new colors.

In other news, rumors have it a line of Justin Beiber panties will debut next year under the name “These Will Never Be Found on My Floor.”